How an unknown collaborator with Široký took control over EU-funds

At the beginning of his career, Ľubomír Jahnátek was more of a figure of fun but later he was connected to scandal. 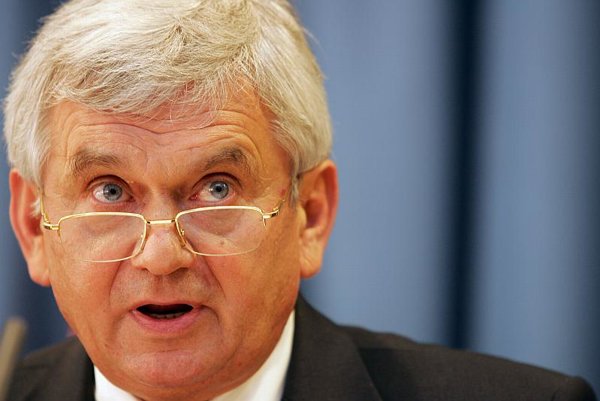 When Ľubomír Jahnátek started working at the Agriculture Ministry, he was an unknown nominee of the ruling Smer party. Shortly afterwards, he drew attention to himself with a funny video in which he tried to promote Slovakia in poor English.

After some time, this seemingly harmless guy became a collaborator with Juraj Široký and managed to surround himself with people close to him who supervised the billions coming from EU-funds. Under Jahnátek, the rise of businessman Miroslav Bödör was launched, Bödör going on to become one of the most influential oligarchs behind the Smer party. Jahnátek and his people have ties to Bödör. They go hunting together and did business together.

Jahnátek has been in top positions since Smer came to power in 2006.

“It would be impolite to Smer and unfair towards our citizens to pretend that after 11 years I have nothing to do with this party,” Jahnátek said last year, shortly after Smer appointed him to lead the Regulatory Office for Network Industries.

In the previous cabinets of prime minister Robert Fico, Jahnátek was first the economy minister, then the agriculture minister.

He has repeatedly refused the offer of an interview from the Sme daily.

Ties with Široký and Babiš

In the past, Jahnátek was a member of the Communist Party of Slovakia. According to available information, he has never joined any other party since the 1989 Velvet Revolution which ended communism.

Between 1992 and 2006, he managed the Nitra-based company Plastika which produces plastic piping and plastic films. The firm is owned by oligarch Juraj Široký who was, according to the alleged Gorilla file, a member of the Slovak Intelligence Service, the SIS, and one of the secret shareholders of Smer.

In the mid-1990s, Jahnátek allegedly caused damage to Plastika, amounting to 62 million Slovak crowns (€2 million) when he signed fictitious contracts and invoices for brokerage and factoring for marketing and consultancy.

In summer 2007, the investigation was stopped as the crime was time-barred by that point.

“You can see yourself it was stopped and this only proves that it was all artificial and contained no truth at all,” Jahnátek commented at the time. He was reluctant to elaborate on the details of the investigation.

Apart from working for Široký, he also worked for the Šaľa-based chemical factory Duslo which is owned by another Czecho-Slovak oligarch turned Czech politician, Andrej Babiš.

Several years after Smer came to power, information that Jahnátek was ready to “take care” of those closest to him started to circulate.

As economy minister, he was behind the overpriced orders for renovation of the ministerial building given to the former company of Petra Bödörová, called Best Stav. Petra Bödörová is the wife of Norbert Bödör who is the son of Miroslav Bödör. Jahnátek lives close to their house in Nitrianske Hrnčiarovce.

The Public Procurement Office (ÚVO) later stated that with this order, the ministry violated the law on procurement seven times. It was given a fine of €67,000.

Bödör’s security company Bonul gradually, thanks to state orders among other factors, became the chief dominant in this field. During this period Janátek’s firm Bonul, for example, received the order from the Transpetrol company which falls under the Economy Ministry.

“Of course I know him, because he guards the Economy Ministry,” Jahnátek said about Bödör for the Pravda daily.

A considerably greater number of scandals started to be associated with Jahnátek only after he became the Agriculture Minister in 2012.

After he had been one year at its helm, Sme found out that he had employed many of his close collaborators, relatives and acquaintances from his native village of Komjatice, close to Nitra. They usually held positions which had an impact on EU-funds.

For example, he brought with him Slávka Jánošíková from the Economy Ministry who then co-authored the EU-funds programme at the Agriculture Ministry as the head of the section for rural development.

“The Smer party considers minister Ľubomír Jahnátek one of the best economy ministers since 1989.”

And when the ministry needed assistance at two-weeks’ notice when the documentation for EU-funds needed elaboration during the holiday season, Jahnátek allocated the work to his God-children, Ľudovít and Michal Gráf.

Stanislav Grobár, who had worked as Jahnátek’s subordinate earlier and also for the state joint-stock company MH Invest, became the head of the Agricultural Payment Agency which pays out EU-funds.