Breast-shaped cheese and wire masters. How did Slovaks and Slovenes do in the past?

Both Slovaks and Slovenes had been known around and beyond the monarchy in the past - but for different skills. 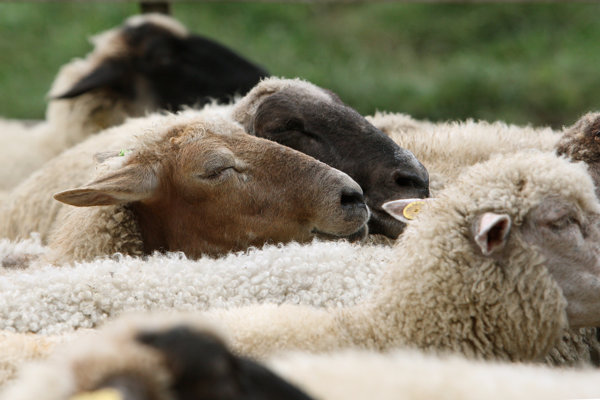 This article is based on the exhibition of the Slovak National Museum, the Slovak-Slovenian Dimension, on display in Martin in March 2018.

The mountain ranges sprawled throughout the countries have become the national and cultural symbols of Slovakia and Slovenia. In both countries, the bucolic images of cattle enjoying green pastures is embedded in the national tradition, along with the image of the shepherd. In addition, Slovaks and Slovenes excel in their own craftsmanship techniques, which made them known around the monarchy and beyond.

Cheese from the mountains

New practices of sheep farming came to Slovakia along with the Valachian settlers who colonised the territory of today’s Slovakia between the 14th and the 17th centuries. A novelty included grazing sheep on mountain meadows, never done before by the
predecessors of today’s Slovaks. 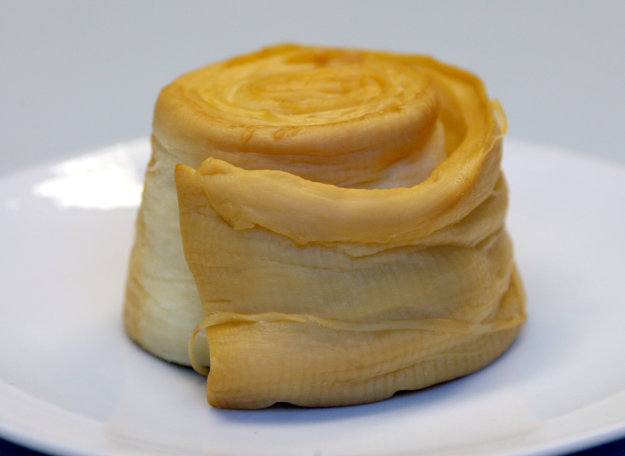 The predecessors of Slovenes, in contrast, mostly focused on cows since they farmed on the planinas (a mountain or hilly pasture where livestock grazes from late spring to early fall). Their style of mountain-farming was called planšarstvo, a specific mountain farm culture with its special folk clothing, equipment, food, customs and traditions, architecture and literature.

One such typical product is trnič, a cheese typical for the three planinas above the town of Kamnik. The cheese is made in the shape of a stylised woman’s breast and is decorated using carved wooden sticks. Shepherds dried this cheese on a fire and presented it to women in pairs (as a symbol of the bosom). It was meant to symbolised love and devotion, and hinted of marriage in the future.

Another form of craft that was mainly typical in the past but important nowadays was beekeeping. It became more extensive towards the mid-19th century in Slovakia and featured the killing of bees in the fall and cutting out the honeycombs.

Until the middle of the 19th century, beekeepers were doing their job on farms, feudal estates and parishes, but it later spread to other areas as well. In the Alpine region, the apiaries are characterized by beehives decorated with a panjske končnice – a front tablet on the type of beehive called kranjič (from the region of Carniola).

It is an original type of folk art created in the regions of Upper Carniola and the Slovenian Carinthia. The painting on the oldest preserved decorated tablet from 1758 depicts the Mother of God of Ljubno. Up to WWI, more than 50,000 painted beehive tablets with over 600 various motifs were created in Slovenia by self-taught painters. Even today, it is one of the most typical folk souvenirs tourists may bring home from Slovenia. 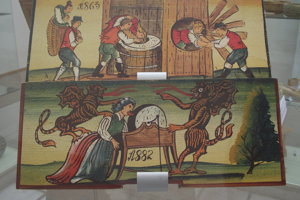 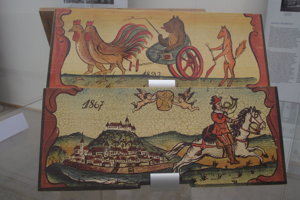 Beekeeping was a much less prominent activity In Slovakia in the past. Bees were kept in a hive, an artificial structure adapted to their needs and those for their keeping. The façade of the beehive was later decorated with reliefs and paintings. Beehives shaped like humans or animals were popular in the 18th and 19th centuries. 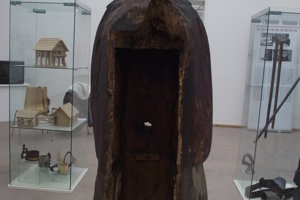 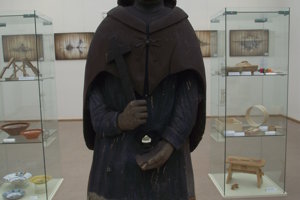 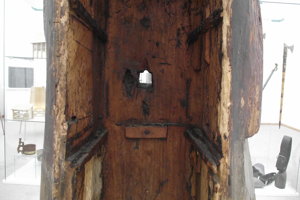 Craftspeople making their way out to the world

What Slovaks were known for during the monarchy was tinkering. Tinkers were people going door-to-door, mending kitchenware and utensils as well as making new products of tinplate and wires. The environs of Trenčín and the Kysuce region were the cradle of tinkering in Slovakia, but tinkering villages were also located in the eastern regions of Spiš and Šariš, and around Nitra.

Tinkers sold wire products such as hangers, mouse traps, bird cages, trays, baskets, pipe cleaners and tinplate items like funnels, pans and watering cans, along with toys and decorative items. They worked for money, clothing and other forms of payment.

Tinkers usually sold their products and services locally, but some of them travelled throughout Slovakia and even the entire Austro-Hungarian monarchy.

“The boldest and most business-oriented travelled all the way to Poland, Russia, the Balkans, Asia Minor and even the US,” the exhibition stated. Naturally, working abroad required the knowledge of foreign languages.

The figure of the tinker became a common theme for artists. Tinkering began to decline after World War I, as a result of competition from industrially manufactured products and limited possibilities for an itinerant lifestyle.

The Slovene expression suha roba was used to describe handmade and later industrially manufactured wooden items for daily use from the villages Ribnica, Kočevje and their surroundings. As many as 4,750 people were involved in woodcarving in the vicinity of Ribnica at the beginning of the 20th century.

Their products varied and depending on the season the entire family was involved. Producers gradually specialised in making troughs, carpentry work, the carving of various vessels, spoons, tools, the making of toothpicks, sieves, etc.

The reputation of the people of this region as skilful, hardworking, ingenious and merry spread far and wide. The character of Ribničan Urban from Slovenian folk literature is known around the world.