The Machnáč sanatorium, a significant example of European Functionalist architecture, is falling apart. 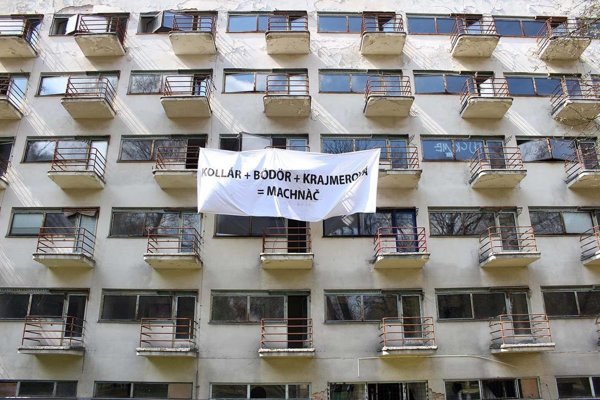 It is maybe a question of one or two years until the owners of the Machnáč sanatorium in Trenčianske Teplice will find the expertise enabling them to demolish this national cultural monument due to safety reasons, said a theoretician of architecture, Peter Szalay, sharing his concerns for this building. Along with colleagues from the Institute of Construction and Architecture at the Slovak Academy of Sciences, architects and others they are trying to save this significant example of European Functionalist architecture from demolition. Their latest step is a petition calling for expropriation by the state which they started last week.

“The petition for expropriation of the sanatorium is our last resort to save this building, to take it away from the hands of its owners who do not care about the building at all but only about the land below it,” said Szalay, as cited by the Denník N daily.

During last weekend, a banner offering the building for sale was replaced by another two. One of them calls for the expropriation of the building and the second one points to the murky ownership structure leading to people who are close to the government.

The Machnáč sanatorium, completed in 1932, ranks among the most precious works of architecture built in Czechoslovakia during the interwar period and it is a significant example of European functionalism. It was designed by the Prague architect Jaromír Krejcar (1895-1950). When compared to similar buildings abroad, the Paimio Sanatorium in Finland is mentioned, designed by Finnish architect Alvar Aalto.

It is one of the last buildings constructed in the Functionalist style preserved in its authentic form. It was declared a national cultural monument in 1995. However, it has been closed since 2002. Its owners at first wanted to rebuild and extend it into a luxurious hotel but this would mean destroying all the values for which it is so acclaimed. After preservation experts denied such a rebuild of Machnáč, its owners left it unguarded, enabling looting. 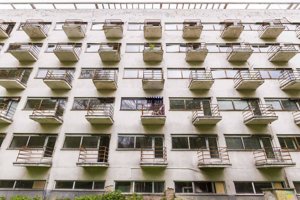 Read also:Is this the last of the iconic Machnáč sanatorium? Read more

“From the owner’s side it is in controlled liquidation, that is they are trying to gradually destroy all the valuable elements the building had,” said architect Peter Zaiček from the Abandoned (re)creation. He is one of the authors of a book called Off Season about this building, published in late 2017.

The efforts to salvage this building are complicated by its ownership. The building has changed owners many times and they have often been unreachable. This complicates the situation for the Regional Monuments Office in Trenčín because it is not able to contact them and require from them the proper maintenance of the sanatorium.

So-far investigations indicate that the building has been in the hands of people close to Zoroslav Kollár, Norbert Bödör and Mária Krajmerová. The latter is the wife of the ex-head of the anti-corruption unit of the National criminal Agency (NAKA), Róbert Krajmer.

Murdered journalist Ján Kuciak pointed out in his articles that Krajmer’s wife does business in a company controlled by influential businessmen Zoroslav Kollár and Norbert Bödör. The police listed Kollár on the so-called mafia lists and Bödör is an influential businessman from Nitra close to the ruling Smer party who earned a fortune thanks to state orders, the Sme daily recalled.

Slovak legislation enables expropriation of a national cultural monument in the public interest even though this has not yet happened. Expropriation would mean that the state must offer its owners financial compensation for it.

“This architectural gem has been deteriorating for more than 15 years and we do not see any real chance for improvement. It is bad news for the town,” said Škultéty, as cited by the Sme daily, adding that the town is only an observer in this case.

He sees the only chance for Machnáč in an active intervention by the state, giving the Villa Tugendhat in Brno in the Czech Republic as an example. The state reconstructed it at a cost of more than 200 million Czech crowns and it now serves as a museum and attraction for tourists.

So far more than 300 people have signed the petition including prominent experts in architecture from Slovakia and abroad.