He inherited the craft from his grandfather. 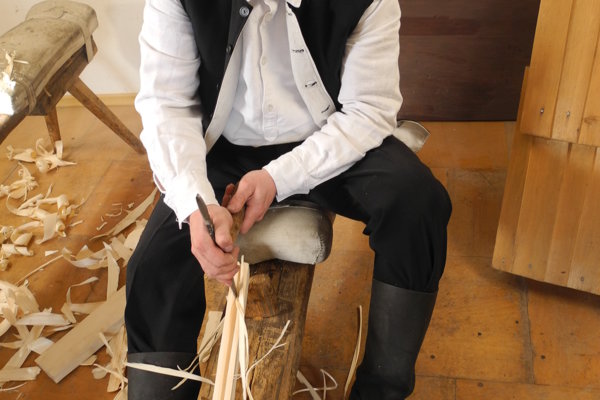 Peter Kormoš from Vikartovce has dedicated his life to the craft of making roof shingles for 25 years already. He took over the craft from his grandfather.

In the past, people used shingles to cover roofs. The shingles are made from chopped wood from white or red spruce.

“I chop wood into 40 or 50 centimetre long pieces and process them with a two-handed knife on a grating deck,” said Kormoš, as quoted by the TASR newswire.

It is important to choose the right high-quality wood, he said. The thickness of shingle is two and half or three centimetres. After processing, he puts the shingle in an upright position to let it dry for more than one week in a draft but away from the sun. Then he puts them into cages, weighted down to prevent distortion.

People are less interested in handmade shingles than the machine made ones, according to Kormoš. Machine made shingles are of lesser quality, however, because the wood is cut and not chopped, resulting in broken wood structure that is more likely to soak up water.

In the past, wooden shingles even one hundred years because they were preserved with tar. That is also the reason why roofs were so dark, even black.

“Today, paint is used on the wood and it doesn’t last long,” explained Kormoš, as cited by TASR.

People in the past used to prepare shingles in the winter to be ready for summer construction.

“We had one order when, with my grandfather, we created about 20,000 shingles. Everyone who knew how to make a shingle in the village helped us,” he recalled for TASR.

Kormoš, with his son Kristián, has represented shingle craft and woodcarving for several years now. At the festival for European folk craft in Kežmarok he got a title of Craft King in 2011.