The bridge cannot be repaired because of complicated property rights. 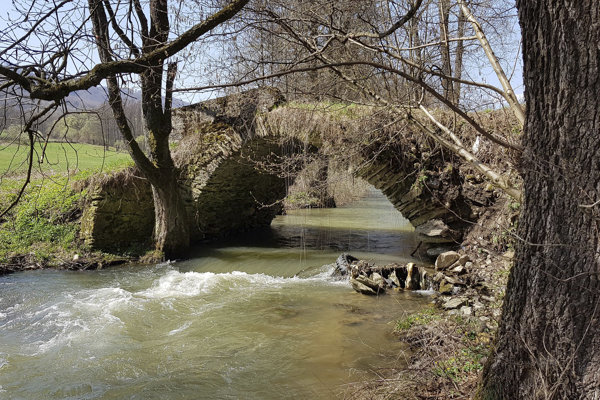 Reconstruction of a historic one-vault stone bride in Hnúšťa will not start for now even though the bridge is in very poor technical condition. The problem lays in complications with property rights.

The bridge is not registered in official documents and neither does it have an owner, according to Michal Vacula, the head of construction, area development and environment department of Hnúšťa municipality.

Deputies of Hnúšťa municipality adopted a decision at the end of 2016 to try to incorporate the bridge into town ownership in order to save it but this plan has not yet been fulfilled.

“There is no official road leading through the bridge, no state or local road, and that’s why there are no official documents about its existence. It does not exist as a constructed object on the estate,” explained Vacula for the TASR newswire, about why the town cannot simply include it into their property. He added that reconstruction failed because of this reason.

Local citizen association Horná Rimava initiated the rescue. Its members cleaned the surrounding of the bridge several times. They also got a static expert opinion on the object, which revealed that the bridge has a significant defect in construction although it is not dangerous. The main aim of the association was to repair it and made a park around it.

The stone bridge in Hnúšťa is located in the borough of Maša and it is called the Turkish bridge, as many one-vault bridges in the region. However, it originated later than the Turkish occupation as it is not marked on the map of the first Hungarian military exploration that took place between 1763-1787.

The bridge is visible on maps of another exploration during the years 1806 – 1869. It is probable that it was built because of mining activities near Ostrá hill to transport mined ore to the workroom for processing iron and steel that, at the end of 18th century, was located on the opposite side of the river.