In 2011, Nazeeha Saeed was beaten and tortured by authorities for covering pro-democracy protests. Now, she’s fighting back. 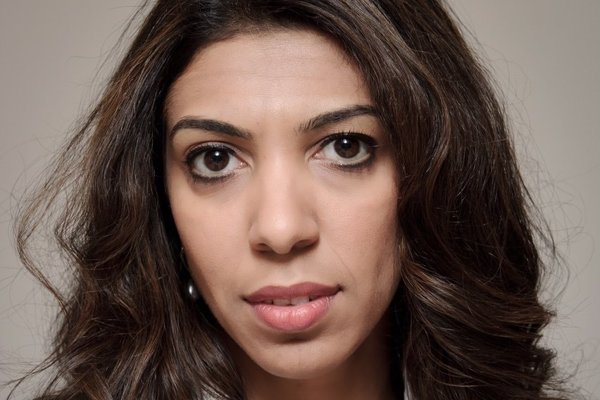 The year is 2011 and Bahrain is teaming with protestors. The opposition is fueling the fire ignited by citizens, international media have taken notice, and the Bahraini government, labelled as a constitutional monarchy but functioning in a much more oppressive manner, is clambering to regain control. The people of Bahrain, inspired by their neighbours in Tunisia and Egypt, are fighting for more freedom in a country where freedom is conditional and those who oppose these conditions are labelled as “terrorists” and “vandals”.

Nazeeha Saeed, a young journalist working for a French publication in Bahrain, is amazed by the burst of civic activity in her country.

“All their fears were broken; they were free of their fear,” recounts Saeed during a discussion on press freedom and human rights on April 20. The event, sponsored by literaryclub.sk, was part of Bratislava’s festival Fjúžn, a multicultural festival that aims to build trust between natives and foreigners.

Nazeeha Saeed’s work is diverse. She holds discussions and writes about the importance of press freedom but also teaches international journalists how to protect themselves when they are questioned by authorities. She suggests, for example, that journalists working under oppressive governments write their lawyer’s name and number on their wrists so that when they are interrogated, they can quickly access legal help.

Bahrain currently ranks 164th out of 180 countries on the 2017 World Press Freedom index. Slovakia ranks 17th but that number is expected to drop following the murders of investigative reporter Ján Kuciak and his fiancee, Martina Kušnírová.

Saeed said she was saddened and angered to hear about the murders of Kuciak and Kušnírová.

“Journalists should not be punished for doing their job. You can’t build a real public opinion without journalism.”