The ruling Smer chooses Denisa Saková as the replacement for Tomáš Drucker. Her name creates concern among transparency watchdogs. 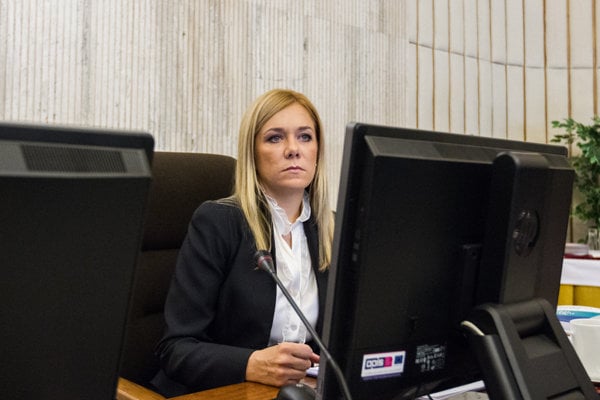 Denisa Saková will be the new interior minister.

The leadership of the ruling Smer party agreed on her name and Peter Pellegrini will propose her appointment to President Andrej Kiska. Saková is an insider at the Interior Ministry, serving there as state secretary (deputy minister) since 2016, when Robert Kaliňák chose her for the post and assigned her the agenda of public administration reform, ESO.

Saková's name also came up among the potential candidates for the post in March, when Peter Pellegrini was first looking for ministers to take the vacant seats in his newly-formed cabinet. At that time, transparency watchdogs expressed concerns about the state secretary taking the top post at the ministry, calling her the right hand of the former minister, Robert Kaliňák, who resigned following the murder of a journalist and his fiancée. During his career in the post, he has faced serious allegations of involvement in embezzlement schemes, most notably the Bašternák scandal that surfaced shortly after he started his third term in the post in 2016.

"We demand that the new minister be more than just a jacket of Robert Kaliňák," Zuzana Wienk of the Fair Play Alliance political fairness watchdog told the crowd at the March 16 protest gathering in Bratislava, clearly hinting at Saková since "sako" is the word for jacket in Slovak.

The ruling Smer, on the other hand, made it clear that they wanted an insider to take up the interior minister post this time. The first minister whom PM Peter Pellegrini nominated and President Andrej Kiska appointed, Tomáš Drucker, decided to resign after a mere 26 days in office on April 18.

"After the experiment with an external crisis manager that did not work out, I would prefer a person able to immediately manage the ministry from day one," Pellegrini told the April 23 press conference. At that point, he was still unwilling to comment on any names.