Six of 17 possible awards went to block-buster The Line (Čiara), followed by The Little Habrour (Piata Loď). The Film Institute decided to celebrate lesser known film professions, and this year architects and set designers were hailed for their contribution to Slovak cinematography. 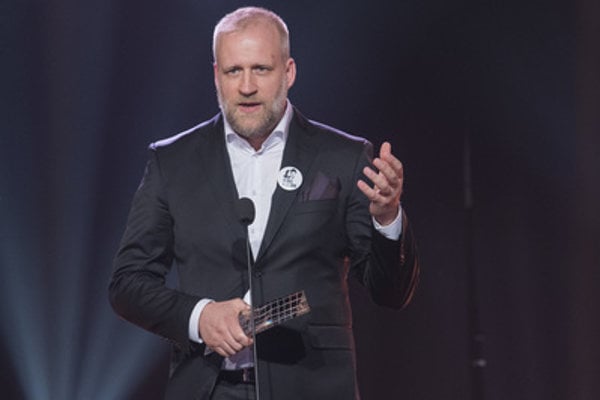 Peetr Bebjak receives the Sun in a Net award for The Line (the film got six prizes in total). (Source: TASR)
Font size:A-|A+21 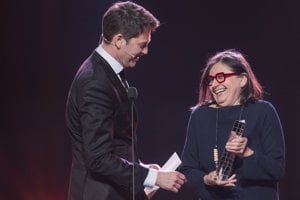 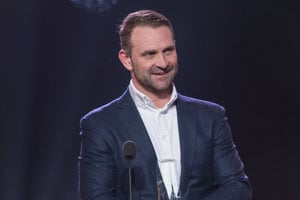 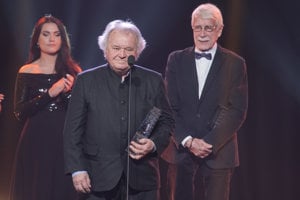 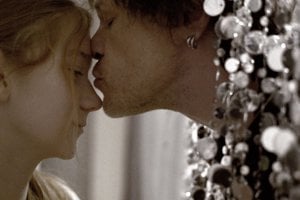 Overall, the Sun in a Net was awarded in 17 categories for the best feats and best achievements of 2017. The eighth year of the event awarded nine of 16 nominated films, with the ceremony taking place on April 6 in the Old Market-hall in Bratislava.

The Sun for Special Contribution to Slovak Cinematography went to film architects Viliam J. Gruska and Roman Rjachovský. As well, the doyen of Slovak film reviewers, film theoretician, reviewer, historian, journalist and translator Pavel Branko, aged 97, received the Peter Mihálik Award at the opening of the Week of Slovak Film which followed several days after the Sun in a Net ceremony. 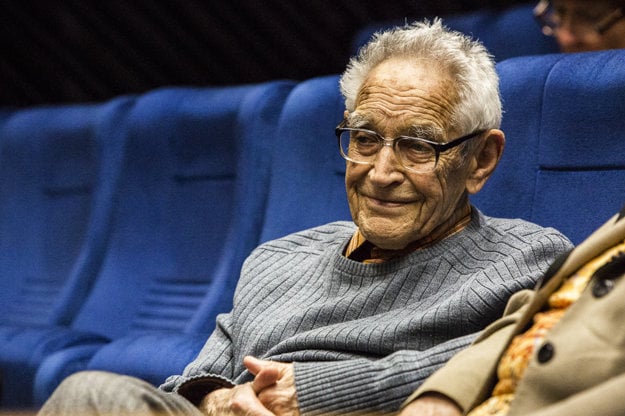 Although almost all of the films awarded were already screened, audiences had another chance to enjoy them during the week.

Some of them may still be playing at various cinemas and many have English subtitles at the Lumiére cinema in downtown Bratislava.

For the first time, the award-bestowing ceremony preceded the week full of Slovak (and Slovak-coproduction) movies, the Slovak Film Institute (SFÚ) wrote. 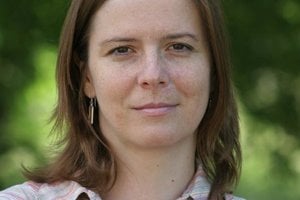