The city transport company sold unpaid fines worth more than seven million euros to a private company for €106,000. 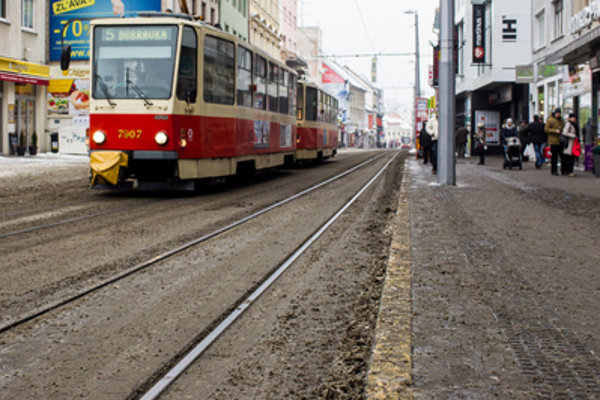 More than €120,000 of unpaid fines and a debt amounting to €7.2 million were caused by about a hundred thousand fare-dodgers using Bratislava city transport. The Transport Company Bratislava (DPB) was unable to reclaim this money, so after a public tender, the Platiť Sa Oplatí (It Is Beneficial to Pay) company started reclaiming them.

Reporter for the Sme daily, Adam Valček, pointed this out in his blog. In 2016, he got a fine of €70 for forgetting his tram pass and failing to show it later to DPB officials. At last, he decided not to pay the fine. Gradually, his debt rose to €148.26, as legal charges were included in the amount. Once before, Valček was delivered a payment county court judgment but he filed an appeal. The court still has not decided on the matter.

In the reminder letter, the biggest font is used for the “Only by paying (…), you can avoid a proposal for distrainment implementation”. Thus, at first sight the letter may imply that if anyone does not pay their debt, they can count on a visit from the distrainor. However, this is not true as a distrainor can only act based on a payment county court judgment which can only be issued by a court.

The company defended itself by claiming that the very existence of a claim is not conditioned on previous court rulings. “No law prevents anyone from reclaiming even claims not decided upon by court; and our company has been reclaiming thousands of such claims out of court,” CEO of the company, Ján Žemlička, wrote.