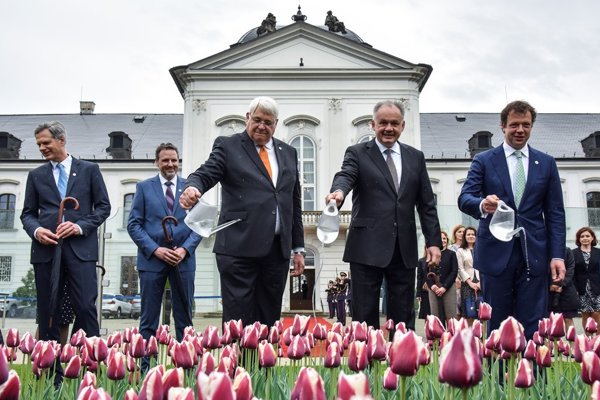 The garden of the Presidential Palace in Bratislava has a new decoration- a bed of 2,400 tulips of a new variety the Netherlands cultivated for Slovakia for the 25th anniversary of the founding of the Slovak Republic and the establishment of bilateral relations between the two countries. Slovak President Andrej Kiska and Ambassador of the Netherlands to Slovakia, Henk Cor van der Kwast, christened the tulip bed on April 26.

“I asked how long it takes to develop it,” said Kiska, as cited by the TASR newswire. “It takes a few years, as far as I know eight years, until something like this is successfully created, to cultivate such a new variety.”

The tulip with the certified name Slovensko is red with a white brim. 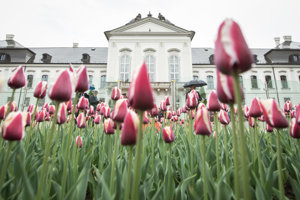 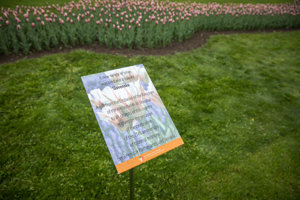 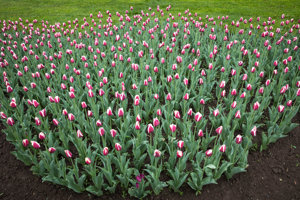 Kiska labelled the flowers as a symbol of friendship and love.

“And I think that friendship is also the right word between our countries, between the Netherlands and Slovakia,” said Kiska.