SNS earned criticism for the chief of general staff nomination

The coalition partner, SNS, surprise not just with a dubious arms purchases but with how it nominates crucial army officials – most recently Daniel Zmeko. 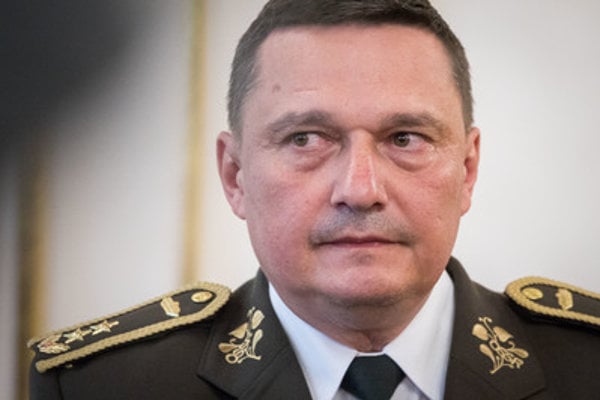 Besides purchases of arms, the ruling SNS party – and its nominee, Defence Minister Peter Gajdoš – surprises with staff nominations. Most recently, it nominated General Daniel Zmeko for the chief of the general staff, i.e. effectively head of the army, the Sme daily wrote on April 28.

Analyst Jaroslav Naď of the Slovak Security Policy Institute (SIBP) points out that if the selection process was standard, there would be four or five other generals fighting for the top positions, some of whom are considered more fitting.

Ex-defence minister Martin Glváč would have chosen otherwise, too. He told Sme he considered Pavel Macko a more probable and apt candidate but added Macko’s reaction was childish.

The army is also critical of the pick, and one of main potential candidates for the vacant position of army head, General Pavel Macko, even announced he would leave the army.

President Andrej Kiska appointed Daniel Zmeko as Chief of General Staff of the Slovak Armed Forces on April 26. The nomination was approved the previous day by the government. Zmeko is replacing Milan Maxim, whose term is ending.

“The army is facing big challenges,” the president commented, as quoted by the TASR newswire. “The confidence of our public, the government and the president has been reflected in the historically huge funds that have been earmarked for the modernisation of the army.”

He called on Zmeko not to disappoint people.

Zmeko assured that his and the president’s priorities are the same.

“Whoever makes the effort to look at my CV will find that I’ve spent a considerable amount of my life in combat units. I know what a soldier is about, what problems and demands soldiers have,” Zmeko said, stressing that he has a “good overview of how training, human resources, logistics, communications and information services work, apart from knowing how to manage resources”.

Zmeko’s appointment has been criticised by some opposition MPs (for his involvement in controversial public procurement), and by some high-ranking military officers (for his alleged lack of experience).

The incumbent deputy of outgoing chief of staff Maxim, Pavel Macko, is even leaving the army due to the recent step.

“It is inconceivable for me how – after more than 14 years of NATO and EU membership – Slovak armed forces can be under the command of a general with zero experience with Alliance agenda and structures,” Pavel Macko told Sme.

Among experts, he was considered one of the main candidates to fill the vacancy. Macko himself considers the promotion of Zmeko a dishonour to his career, almost 35 years long. This is happening, according to him, at a time when “the gradual displacing of other officials with unique Alliance experience from their positions and the army” is going on.

Jaroslav Naď agrees, adding for Sme that the final say was not with Defence Minister Peter Gajdoš, but SNS (which Gajdoš joined by the end of 2017).

“SNS satiated its two needs: it needed to have someone who keeps silent and does not protest in this position – and to have a person who is grateful for it and has the same pro-Russian sentiment,” Naď summed up.

Despite criticism, Gajdoš deems Zmeko “the secret ace for the future” and claims he sees a huge effort to politicise the selection of the chief of general staff. Officers and defence analysts oppose this view, arguing that Zmeko is experienced in army matters – but lacks foreign and command experience, pointing to his quick promotion in recent years.