News journalist of the public-service TV broadcaster received a disciplinary warning, has been withdrawn from political news. 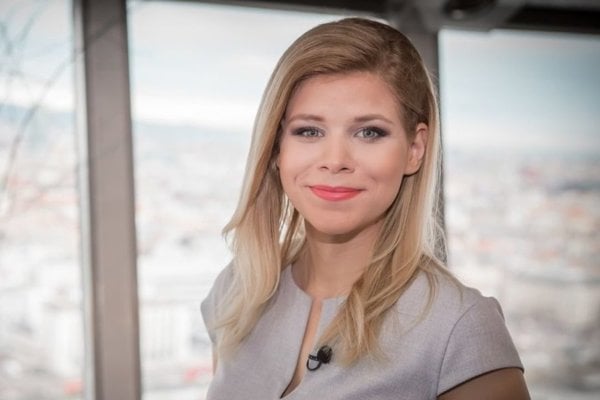 The editor and presenter Zuzana Kovačič Hanzelová was given a disciplinary warning from the management of the public-service TV and Radio, RTVS, for her position on tough normalisation in RTVS. She will no longer be allowed to cover political topics, her four (already former) colleagues informed on Facebook. All five of them recently signed a critical open letter of RTVS towards management.

The medium led by SNS nominee, Jaroslav Rezník, says that she will be given topics where she will not have to verify facts, the Sme daily wrote on April 2. Colleagues are defending the news presenter and editor

“Today, Zuzana Kovačič Hanzelová received a disciplinary punishment for her Friday position about normalisation,” writes Matúš Dávid, one of the sacked RTVS journalists. “She allegedly lied and did not tell the truth. In the next six months, she can be sacked for even a slight violation of work discipline – like being late 10 minutes to work,” he explained, as quoted by Sme.

At the April 30 morning meeting, Hana Lyons, head of the newscast for the TV segment of the medium, cancelled the political issue meant for Kovačič Hanzelová and “told her she was not a political journalist from that day, since she is unable to tell the truth from a lie, that she should work on issues that do not need the verification of information that much,” Dávid writes.

Kovačič Hanzelová did not want to comment for Sme.

What the dispute is about

The alleged lies concerned her April 27 status on a social network in which she wrote that chief newscast editor Vahram Chuguryan pushed through a story for a live broadcast about Syrian children using effervescent pills to fake foam so they looked like they had experienced a chemical attack.

Chuguryan, who worked as a spokesman at the Education Ministry, recently banned reporters from wearing badges that showed solidarity with the murdered journalist Ján Kuciak and his fiancée, Martina Kušnírová.

“The newscast management decided she will work on news issues – but only those where she will have more time and space to prepare them, and check on facts,” spokesperson of RTVS Erika Rusnáková told Sme. 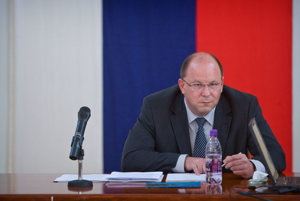 For Monday, Kovačič Hanzelová had planned to cover the issue of the election of a new police president. “In the morning, she had this issue approved by the current head of broadcasting/issue; but even in this dire situation (when four colleagues were sacked from one day to another), she suddenly has nothing to work on,” her colleagues stated.

The head of the daily broadcast/issue did not agree with Lyons and pointed to the fact that the current management, through its decisions, threatens the broadcasting itself. Other journalists objected to the decision as well.

Kovačič Hanzelová, one of the sternest critics of RTVS management, published on a social network that her volume of work as presenter of News and Commentaries has been slashed from twice a week to twice a month. Also, she has not received bonuses for good-quality work – before the regular, although smaller, part of the total salary for several months, since the quality of her work allegedly does not have sufficient quality to be regarded.

The Faculty of Arts of Comenius University in Bratislava is concerned about recent events in RTVS. As the faculty writes in an open letter: “We have been educating future journalists at our faculty for over sixty years, so the fate of public service journalism is not indifferent to us. As in the past, we still regard freedom of speech and freedom of the press as key and indispensable components not only to academic work but also to life in a democratic society”, Sme quotes it.