What awaits visitors at Bratislava’s May Festival?

The entrance is free. 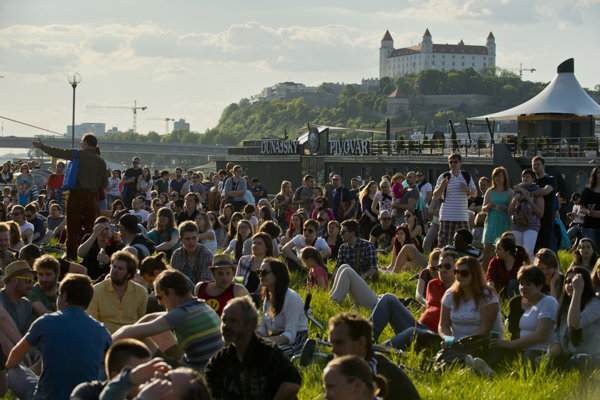 Bratislavský Majáles (Bratislava’s May Festival) opens the festival season in the capital for the 11th year in a row. Taking place between May 4 and 6 on the Tyršovo Nábrežie embankment on the Petržalka side of the Danube, it will offer a series of concerts and other events.

The entrance to all events is free, the SITA newswire reported.

What to expect at the concerts?

The concert programme will start on May 4 in the afternoon. The evening programme on the main stage will belong to the rapper Vec. 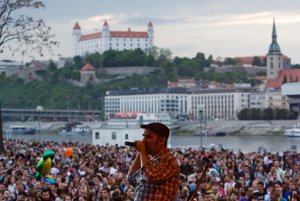 Five bands will perform on May 5 from 15:20, representing various genres of the Slovak music scene. The concerts will be closed by the band Polemic.

The May 6 programme will start shortly after 15:00. There will be five performers again, including Vrbovskí Víťazi, Szidi Tobias & Band, Jana Kirschner and Hex.

The festival will end with an almost 10-minute firework display launched from a boat in the middle of the Danube. It will start at around 21:45, SITA wrote.

Part of the festival will also be the Župná Dvadsiatka (Regional Twenty) cycling peloton. The cross-country cycling route will lead through the Danube’s embankment, Petržalka, Kopčany and the Austrian villages of Berg and Kitsee.

Café Europe will have its own tent at the festival, offering various discussions.

Moreover, there will be an area for children, adrenaline events and tents from various civic associations, as well as a big gastro area. 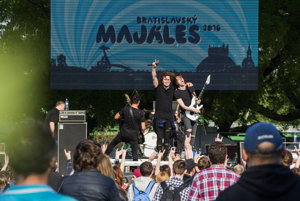 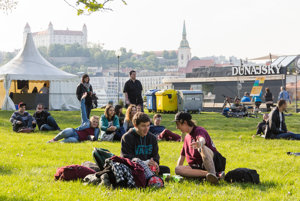 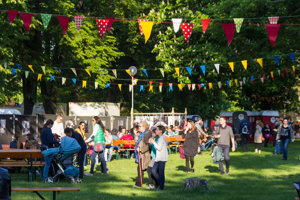 Organisers recommend that the participants to leave their cars home since the parking will be limited. People can get to the festival on foot via the Old Bridge or SNP Bridge.

A more detailed programme can be found here.