USSK remains in Košice for now

The five-year memorandum is over, a new one is not needed. 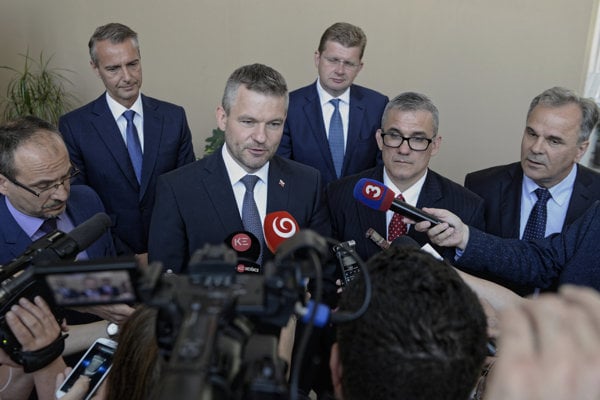 Steelmaker U.S. Steel Košice (USSK) is not ending its production in Slovakia and is not leaving Košice, Prime Minister Peter Pellegrini (Smer) said following his meeting with officials of the Košice-based steelmaker on Thursday, May 3. The memorandum, signed between the Slovak Government and U.S. Steel in March 2013, has expired after five years.

“The memorandum is over, but we agreed today that our regular meetings will take place several times per year,” said Pellegrini, as cited by the SITA newswire. “The relationship is actually at such a good level that we assured each other that we don’t need any further memorandum to work at such a special principle.”

USSK President Scott Buckiso confirmed the good relations with the Slovak Government and the plan to continue meeting its representatives. 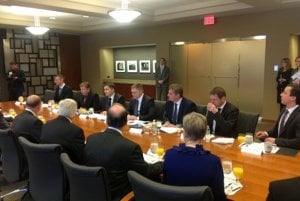 Pellegrini believes signing the memorandum during times of economic crisis was a very good decision. Back in 2013, after U.S. Steel Corporation indicated its plans to sell USSK, the then-Robert Fico government promised to help cut the USSK’s energy and environmental bills. In return, USSK promised to remain in Košice and maintain its employment levels until 2018.

“Today, we can state that USSK is in very good condition again, and experienced a successful year in 2017. It is even hiring new employees with the entire group employing between 11,500-11,700 people here in Košice,” said Pellegrini, as cited by the TASR newswire.

Information on the steelmaker’s potential sale has appeared often in the media in the past; the Chinese He Steel Group was most frequently mentioned among its potential buyers.

“There’s no particular bid on the table that the parent company [U.S. Steel] is discussing in the United States at the moment,” said Pellegrini. “Naturally, everything is up for sale on the market anytime. However, the company president assured us that no hot talks with a potential buyer are currently being waged.”

Pellegrini praised the fact that the company invested €250 million in new technologies over the past three years which, according to him, gives a clear signal of the U.S. investor’s intention to stay in Košice.