Slovak foreign trade marked a surplus of €515 million in the third month of 2018; but the year-on-year comparison is not very optimistic, according to analyst. 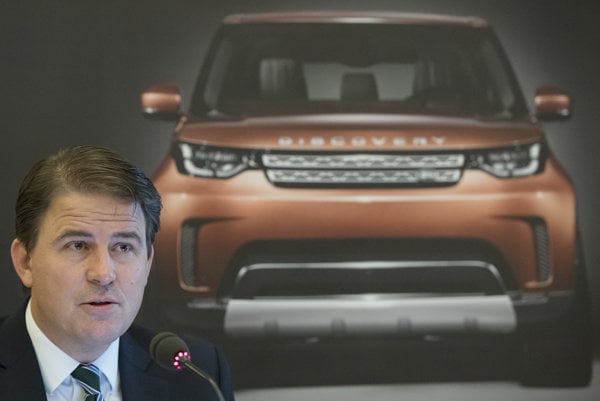 Slovakia’s foreign trade produced a surplus of €515 million in March 2018, an increase of €278.7 million year-on-year, the Slovak Statistics Office (ŠÚ) reported on May 9.

Exports to other EU-member countries were up by 4.4 percent y-o-y to represent 86.6 percent of the country’s overall exports. Conversely, imports from EU countries made up 65.9 percent of overall imports, up by 1.1 percent y-o-y.

Machinery and transport devices – as the most traded items – made up 48 percent of all exports and 60.1 percent of overall imports in the first three months of this year.

March's foreign trade was surprising with its considerable surplus, macroeconomic analyst of UniCredit Bank, Ľubomír Koršňák, wrote in a memo, adding that the decline in foreign trade surpluses from the previous months has halted. Together with the revised figures for January and February, the 12-month accumulated surplus of foreign trade increased in March from the revised 3.1 percent to 3.4 percent.

The dynamics of y-o-y growth in foreign trade sales are not so optimistic, however, the analyst continues: compared to the same period of 2017, both volume of exports (-1.3 percent), and imports (-5.5 percent) decreased. But the possible crucial cause for this may be fewer workdays – two – and the upcoming Easter.

Month-on-month scrutiny is slightly more positive, as the exports are 4.3 percent higher, and although this does not mean a rise y-o-y, the current trend seems to be more than positive. Imports fell slightly, however, compared m-o-m; by 0.6 percent after seasonal adjustment.

The core of economic growth should remain with domestic demand, Koršňák opines, adding that strong private investments probably contributed to the statistic results as well.

The strong domestic demand, especially the import of technologies for the new car plant and later the bigger industrial deliveries before the very start of production, should still push on imports, for the rest of 2018. However, the reduction of surpluses is not expected to be as marked as at the break of 2017/2018, as it should be, at least partially, compensated for by stronger exports, as already suggested by March, Koršňák wrote.

These are predicted to follow the wave of continuing cyclical recovery in Europe – from which finally the domestic (already established) automotive industry should also profit. Slovak car industry is at the end of the modernisation phase of its model portfolio: Volkwagen has already finished, and Kia has launched the production of a new generation, the KIA ceed, in May).

In the second half 2018, especially towards its end and during the next year, foreign trade surpluses are expected to expand considerably again, mainly influenced by the transition of the fourth carmaker, Jaguar-Land Rover from investment to production phase, Koršňák summed up.