Protest planned for the birthday of murdered journalist postponed

Several civic initiatives calling for early elections have organised another protest, which was originally to take place in Námestie Slobody Square on May 17 but was postponed to May 25 and mvoed to SNP Square. 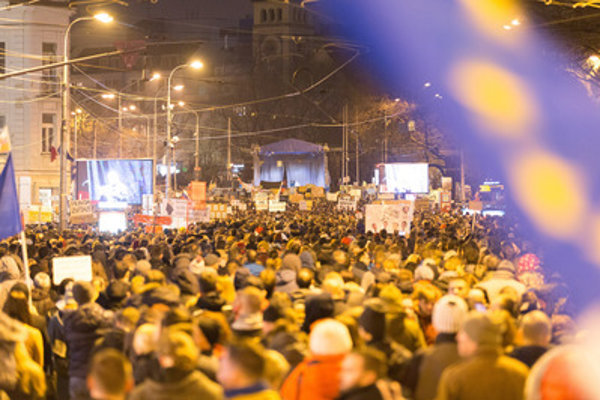 On Thursday, May 17, another protest was planned in the streets of Bratislava, this time acknowledging the birthday of investigative reporter Ján Kuciak who was killed in late February together with his fiancée, Martina Kušnírová, the Týždeň weekly wrote on its website, citing the organisers.

The initiatives Hnevám Sa (I Am Angry), V Teniskách (In Trainers), Za Slovensko (For Slovakia), Teraz (Now), and Nedôverujem (I Do Not Trust), which are also collecting petition signatures for early elections, are organising the protest which originally was to take place on the day Kuciak would have turned 28, at 17:00 at the Námestie Slobody Square, close to the Government Office.

Several months after the murder of Ján Kuciak and his fiancee, Martina Kušnírová, were killed in February, the murder investigation and the investigation of scandals Kuciak reported on has not progressed, initiatives’ representatives stated in their memo. 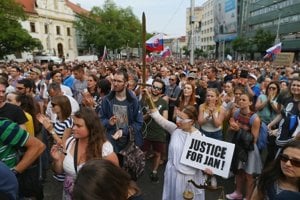 They also want to remind MPs that the only solution for Slovakia is an early election which deputies are slated to discuss in a few days. 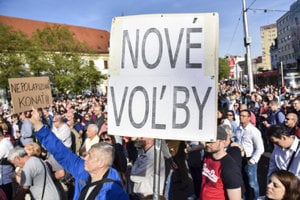 UPDATE: However, the protest planned for May 17 has been postponed to Friday, May 25, one of the orgainising initiatives informed the TASR newswire. The site of the protest has also been changed from Námestie Slobody Square to the SNP Square. The protest will start at 17:00.

“We have agreed with the For Decent Slovakia (Za Slušné Slovensko) initiative they will make the square which is already a traditional meeting spot free for us,” Matej Hložník of the #hnevamsa initiative said. “We do care that as many people as possible come to the protest,” he explained the motive behind the change. Hložník also noted that the demand for early elections will continue at this protest.