Vietnamese ambassador should offer an explanation of the alleged abduction

In the international case of Vietnamese officials abducting their countryman-dissident for a home trial, Slovakia insists its government plane was not involved. 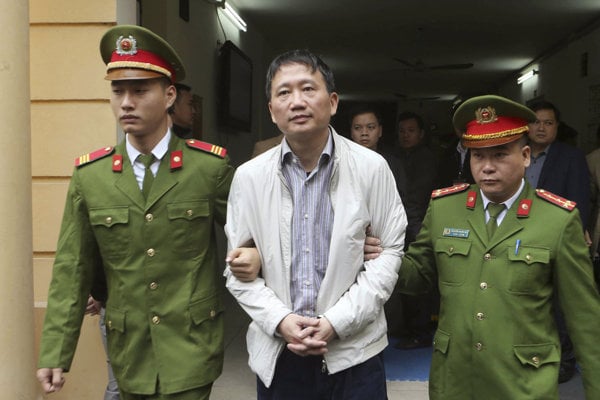 Slovak authorities still cannot rule out that a Vietnamese citizen was kidnapped on-board the government plane that flew the Vietnamese delegation from Prague to Bratislava – for talks with Slovak counterparts – and then continued to Moscow, although Interior Minister Denisa Saková insists that nobody on-board was handcuffed or kept there by force.

Though all the Vietnamese passengers passed the border check, the Interior Ministry refused to publish the list of people on the plane, as quoted by the Sme daily, referring to the ongoing investigation in Germany.

The German daily Frankfurter Allgemeine Zeitung published information in late April indicating that at the time when a meeting of politicians at Bôrik hotel in Bratislava took place, the abducted Vietnamese citizen Trinh Xuan Thanh could have been on Slovak territory. Police President Tibor Gašpar neither confirmed nor denied whether the man was kidnapped in Slovakia during the meeting at Bôrik. He said that he does know the investigation file, as reported by Sme.

As for the progress of the investigation, Saková said that they have received a request from the Germans to interview flight attendants and members of the crew regarding individual people on-board and their behaviour.

“We will not leave the matter without an answer,” the minister said, adding that they have warned the ambassador that they have waited long enough and the issue is too serious to be protracted.

The Frankfurter Allgemeine Zeitung claims that at the time, the vehicle of the alleged kidnappers was parked in front of the Bôrik governmental facility. This stems from the analysis of the GPS coordinates the German Prosecutor’s Office has at its disposal.

The Interior Ministry expressed worries about the fact that the government plane might have been misused by the Vietnamese delegation for Thanh’s transfer. It also admitted that the delegation was originally to fly in from Vienna – and from there, it was meant to continue to Bratislava. But at the last moment, they changed their itinerary and flew in together with the Vietnamese Minister for Interior Security to Prague.

“Due to this change and the ensuing programme of General To Lam in Moscow, the Slovak Interior Ministry rendered a special government plane to partners, from Prague to Bratislava, and from Bratislava to Moscow,“ the ministry wrote.

Then-minister Kaliňák, who approved the flight, told the noviny.sk website that “the list of passengers rendered by Vietnamese authorities includes no name of the prosecuted Vietnamese citizen, nor did they fly any incapacitated patient, or handcuffed person”. Not even M.R. Štefánik airport in Bratislava (BTS) has a list of special government plane passengers; since all government plane flights fall under the Interior Ministry, and passport and customs control is always performed by the Police Corps Presidium.

Who is the abducted man?

The Vietnamese entrepreneur and former board chair of a state-owned construction firm, Trinh Xuan Thanh, 51, was sentenced twice to life sentence, convicted of corruption and embezzling millions of dollars by a court in Vietnam. He fled the Asian country in 2016 and sought political asylum in Germany. He had ties to the previous reformist Vietnamese PM and his troubles began after the situation changed in 2016. 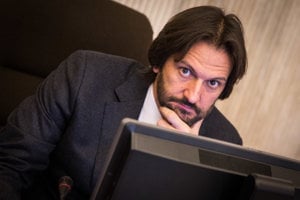 He is thought to have been kidnapped in July 2017 from Germany. According to the German media, Thanh was probably kidnapped by the Vietnamese secret service. The German Prosecutor’s Office claims Vietnamese General Hung is behind the abduction. Hung was a member of the delegation, which then negotiated with the Slovaks at Bôrik. The objective of the meeting was allegedly “the deepening of cooperation, as well as the interest of Vietnamese security experts”.