False diamonds in Slovakia on the rise

After a stable period of five years, the number of false diamonds in Slovak soared in the January-April period of 2018. 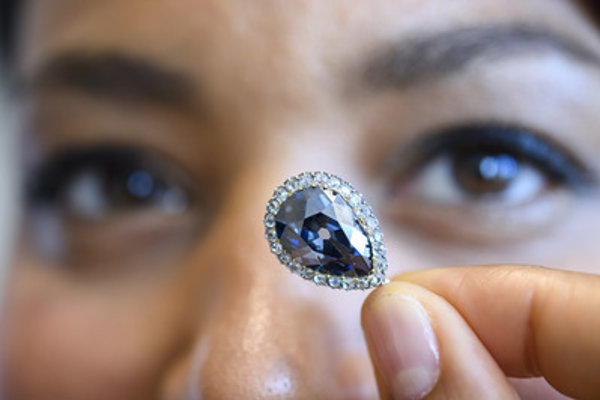 One of arguably authentic natural diamonds, the Farnese Blue, was auctioned at a Sotheby's auciton in Switzerland. (Source: AP/TASR)
Font size:A-|A+13

Compared to the five-year average, the incidence of detected false diamonds in Slovakia increased by one third in the period of January to April of this year. The diamonds imitating the features of much more expensive natural precious stones are cheaper to obtain, according to the analysis of the Slovak Gemmology Institute’s laboratory.

While between 2013 and 2017, the number of false diamonds seized was stable, not exceeding the 20-percent threshold of all diamonds presented for analysis, the first four months of this year marked an increase to a 30-percent share of all such gems analysed, the TASR newswire reported.

Meanwhile, the biggest increase in false diamond is expected, as every year, in September and October, especially in connection with jewels or stones brought home from exotic holidays.

The start of year soar in the number of false diamonds corresponds with a higher incidence, mainly of synthetic diamonds, on the global jewellers’ market, Martin Mikuš of the Slovak Gemmology Institute told TASR. A synthetic diamond is a mere fraction of the price of a natural one so the new owner may suffer considerable harm. These diamonds are usually not discovered even by jewellers putting them into jewels, or sellers who often sell and distribute them unwittingly.