Slovak volunteer: It is a memorable experience to watch the Slovak children waiting for hockey players 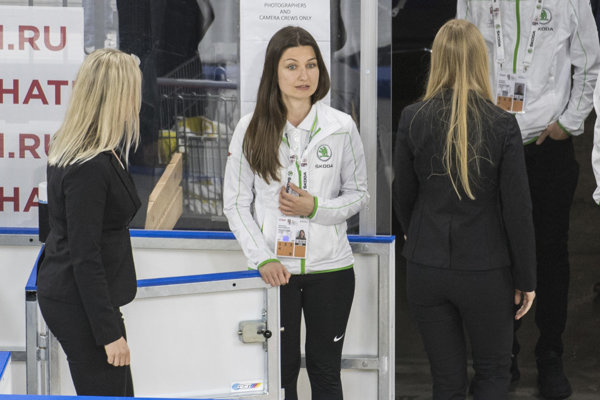 Interview for the Sme daily:

She studies in Denmark and currently she is a volunteer at the ice-hockey World Championship. Now and then, she follows the players to ask them for an autograph. "It is nice to see that ice-hockey players are normal, humble people too,” said Katarína Kuchárová, aged 27.

Sme: Was it difficult to get to the championship as a volunteer?

Katarína Kuchárová (KK): In Denmark, the volunteer culture is strong starting with children at school, and then with all age categories, including seniors, it continues. I had already been a volunteer at a sporting event in Aalborg. Then I learned that volunteers were also needed for the hockey tournament, so I applied. Out of 1,500 applications, 1,100 people were selected. In Copenhagen there are 547 volunteers and 295 of them are foreigners.

Sme: What are your responsibilities during the tournament?

KK: I chose the position of ceremonies’ assistant. At the end of the third period, we prepare the stage for the best players, and we also hang the flag. This is excellent, as I am close behind the players and I can also be close to the events.

Sme: The volunteer’s work is not paid. What are its advantages?

KK: The content and the workload are not demanding. I meet awesome people with a motivation for sport from various parts of the world. First, we had strict rules and it seemed we would not get to see a match but the organisers saw our efforts and they gave us a card which gives us a pass into the auditorium hall. This is my first championship but already these experiences are priceless.

Sme: Sometimes, audiences can see you collecting autographs near the training arena. Are you an ice-hockey fan?

KK: Yes! If I see a hockey player, I run to catch him up. I collect autographs for my younger sister who is a big fan. I consider my most valuable autograph to be that of Ján Lašák, at least for me. It is nice to see that ice-hockey players are normal and humble people, too.

Sme: Next year, the world championship takes place in Slovakia. Have you discussed it with other volunteers?