Blog: I want to ride my bicycle

We will soon have the opportunity to let authorities know loud and clear that cyclists do not want to be pushed out of Bratislava's forests. 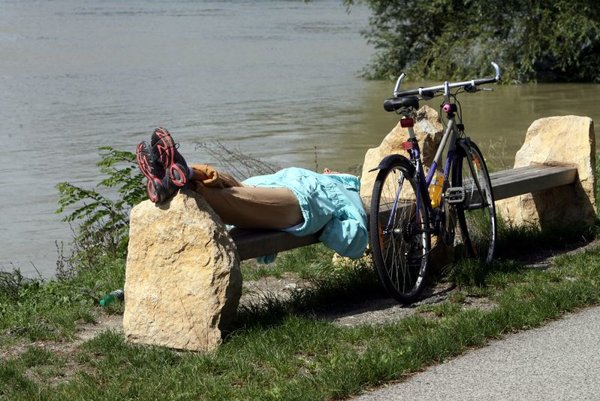 Jupiter is almost 14 years old, born in the Czech Republic, well-built and an excellent companion. We have many things in common but most important is the love for a “wild” ride in the Lužne Lesy forests stretching south from Bratislava’s borough of Petržalka towards the Hungarian border.

Neither mud nor dust matter, and not even the wind, given that Murphy’s Law applies: “No matter which way you go the wind will always find a way to blow in your face”.

We have already learnt that it’s wise to leave earlier in the morning so the time spent on the “hrádza” (the flood protection dykes on both sides of the Danube and its canals, which serve as cycling paths) involves as little contact with humans as possible. After so many years, we have developed a kind of “feeling” for who is there for the pleasure of running, skating or biking, and who is there to show off or to solve some mid-life crisis dressed in a T-shirt like the one worn by Peter Sagan but with very little knowledge about riding a bike.

I was in primary school when I learnt that a cyclist must respect “traffic rules” too. The basic one is that any change of direction is signalled by raising the hand at a 90-degree angle; the right one if you turn right, the left one if you turn left. Guess what percentage of cyclists in Bratislava do it?