The typical local wine cellars, called “viechas”, will be open for four days each week, from May until October. 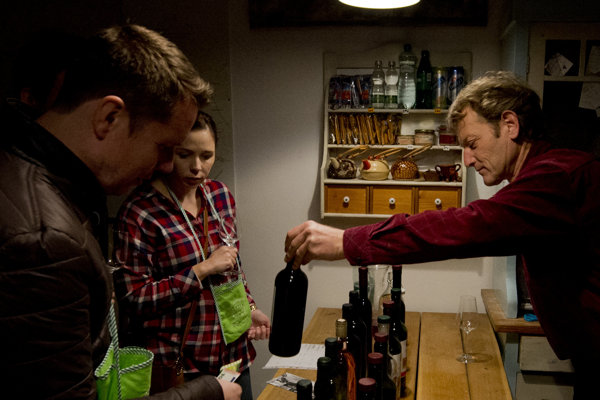 Wine lovers can now enjoy the special atmosphere of 11 small, local wine cellars in the town of Pezinok near Bratislava, between May and October 2018. Each week, from Wednesday to Saturday, at least one winery will offer its products in an authentic environment, the Small-Carpathian Museum (Malokarpatské Múzeum) in Pezinok informed the TASR newswire.

Winemakers will present their wines to the public from 17:00 till 21:00 in May to August and in September and October they will close at 20:00. A more detailed schedule of open wineries can be found at the muzeumpezinok.sk website. The Pezinok-based museum, together with the Association of Pezinok Wine-growers and Winemakers, decided to revive the tradition of wine cellars five years ago.

Pouring wine was a royal right in the Hungarian Kingdom. As the towns and cities needed to fill their coffers by selling their own wines, wine-growers only received a license to trade their products at specific times, mostly between the holidays of St Michael (September 29) and St George (April 24).

“A wine bar was permitted to open in rooms owned by the winemaker and the customer could drink the wine on the spot or take it away after buying it,” Miroslava Kišoňová of the Small-Carpathian Museum told TASR, adding that the wine-grower was permitted to offer wine over the course of two weeks but at a maximum of five times a year.

The wine selling was usually allowed until 22:00 and the house of the wine-grower was marked by a wreath of vine leaves, conifer branches and ribbons. Thus, passers-by knew that they could stop there to have wine, water and – exceptionally – roasted geese.

“Thanks to the sale of the wine in the ‘viecha’, small wine-growers were able to sell off up to one third of their annual production, and it was very important source of income until the communist totalitarian regime interrupted this tradition in 1948,” Kišoňová explained for TASR.