Various attractions in the open air and on the field have been made accessible. 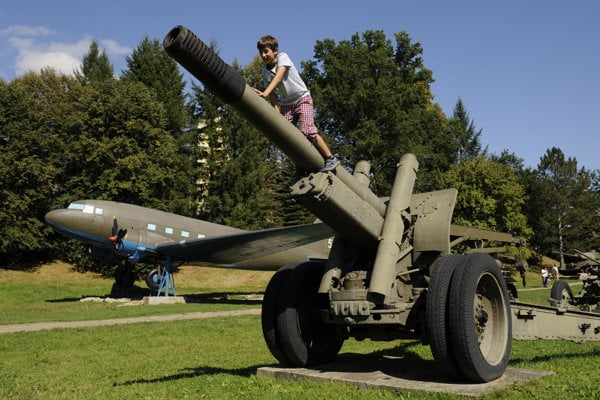 In May, the main season has been launched for many sites. Fans of military history can rejoice, too: the Military Historical Museum’s department in Svidník (Prešov Region) started the high season by granting access to various attractions in the field.

Visitors are able to see the World War II battlefield at Dukla from an outlook tower as well as touch the tanks and other military equipment from WWII dispersed about the premises of the Natural History Museum and along the road to Svidník.

Climbing the tanks and taking pictures are popular activities not only for children and youths, Radomír Jančošek told the SITA newswire. He is the head of the Regional Tourism Organisation (OOCR) Šariš – Bardejov, whose member is also the town of Svidník. 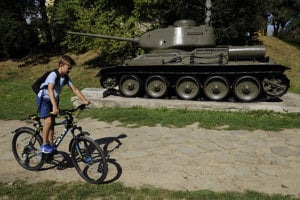 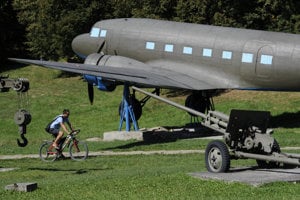 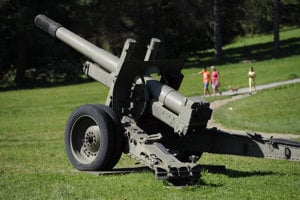 What can be seen in Svidník?

The Monument of the Czechoslovak Army at Dukla is one of the most visited sites, lying close to the Polish border crossing Vyšný Komárnik, and commemorating the Carpathian-Dukla military operation that occurred in autumn 1944. More than 60,000 Soviet and Czechoslovak soldiers died here. The monument, which is 28 metres tall, was built in 1949. It is comprises the military cemetery, which is intersected by a colonnade with bronze plaques bearing the names of 1,265 members of the 1st Czechoslovak Army Corps who died at the site.

The monument’s proximity to the cemetery is a vast open-air military museum. It was founded in 1965, and the current exhibition was installed in 1996; it documents the battles of the strategic crossing of the Carpathians during WWII. In the museum and around the road to Svidník, there are 55 pieces of heavy combat material from WWII. In the nearby forests, there are bunkers that are still functional.

The Death Valley close to the village of Kapišová, where the hardest battles involving the mass use of tanks took place, is also part of the exhibition.

Visitors can see the entire battlefield from the observation tower, re-opened for the public in May 2011. The tower is 49 metres tall and includes three exhibitions and sculptures. It is open to the public from Tuesdays to Sundays, between 9:00 and 17:00.

The battles that were waged in the northeast of Slovakia in both world wars are documented in the Military Museum in Svidník, where the exhibition demonstrates the Carpathian-Dukla operation in 1944 through photos, personal items, various guns and findings from the battlefields around Dukla Pass. The nearby park includes the external exhibition of heavy military equipment and the Monument of the Soviet Army (dating to 1954) where more than the 9,000 soldiers killed in autumn of 1944 are buried, SITA wrote.