Planes will steal the sky above Dubová

Visitors should expect a colourful programme full of acrobatic demonstrations and tourist flights at the airport in Dubová, close to Bratislava. 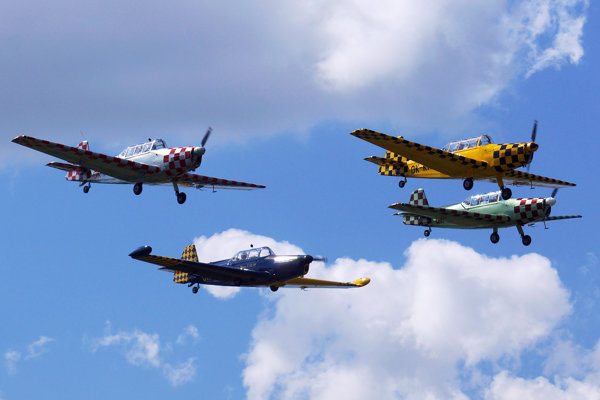 Lovers of flying, planes and aerial acrobatics should visit the village of Dubová, close to Modra (in Bratislava Region), on May 26. The local airport will host an annual Air Day Dubová 2018.

“The main hit will be the show by acrobatic helicopter Messerschmitt BO 105 from RedBull,” Hana Hlubocká, one of the organisers, told The Slovak Spectator.

The event will also feature a performance by Zoltán Veres, world vice-champion from Hungary, and his MXS and two Czech groups, Flying Bulls and Follow Me Team, Hlubocká added.

What should visitors expect?

Between 9:00 and 16:00, visitors can also enjoy the acrobatic group of four gliders Blaník L 23 Očovských Bačov, Shark Displey Team, the performance of Boeing Stearman from the UK and Slovak actobats František Pytlík and Dušan Šamko.

Slovak police force units will also operate in the air, along with an acrobatic team of Slovak paratroopers and the Dolphin L 29 plane from Slovakia, the TASR newswire reported.

Other programme prepared, too

People will be given the chance to fly at AN2 biplane, helicopter Robinson-R44, planes Cessna 172 and Piper PA 28, as well as a three-seat gyroplane. The flights by plane take 15 minutes and cost €25 per person, while the five-minute helicopter ride will cost €25 per person. The visitors will be offered a view of the close surroundings, including the Small Carpathian scenery, the Červený Kameň castle, Senecké Jazerá lakes and nearby towns, Hlubocká said.

There will be air demonstrations of motor hang-gliders and special plane models, as well as a static exhibition of aviation technology.

Children will be able to spend their time in a special hangar, jumping castle and 3D simulator.