He disagreed with hiring the former spokesperson of the Most-Híd party to lead an online department. 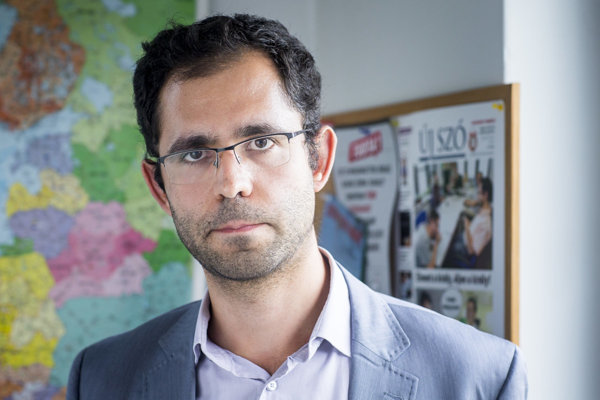 Zoltán Szalay is leaving the post of the editor-in-chief of the Hungarian daily Új Szó. The reason is his dispute with the daily’s director Edita Slezáková.

“She told me she wants to end our cooperation because we could not agree on several things related to leading the editorial,” Szalay told the Sme daily.

He particularly disagreed with the recruitment of former spokesperson for the Most-Híd party, András Nagy, who will lead the online department. Nagy used to work for the daily in the past, first as an internal employee and later as external collaborator and commentator.

“We had disputes with Zoltán Szalay particularly about the development of Új Szó as a multimedia product,” Slezáková told Sme. “Moreover, he failed to meet my expectations as editor-in-chief, and I clearly communicated my reservations with him.”

Szalay will now be replaced by János P. Lajos, who has been working for Új Szó since 2001. At the same time, he served as head of the national minorities section at the Government’s Office in the years 2011-2012. It is responsible for distributing subsidies to support the culture of national minorities, Sme wrote.

Új Szó and the Hungarian weekly Vasárnap is published by Duel-Press, which became part of the News and Media Holding last year, owned by the Penta financial group.

Szalay told Sme that Penta did not try to intervene in the daily’s content.

At the same time, the new Hungarian weekly is expected to be introduced to the Slovak media market, which will be financed by Hungarian PM Viktor Orbán’s government. It will be published by the Slovak foundation Pro Media, to which Orbán gave €1.5 million.

One of the foundation’s founders is editor-in-chief of the Hírek.sk news website and former head of the now defunct weekly Szabad Újság, Judit Molnár, Sme wrote.