Sulík: Kiska's party would only further break the centre right

Fico's star is falling and he could still save himself now for another election term, says opposition SaS leader Richard Sulík about who would benefit from early elections. 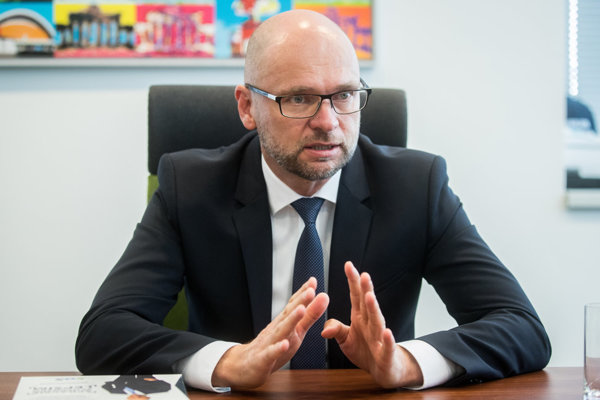 Sme: President Andrej Kiska said he was not quitting politics and that only stupid people maintain the same opinions when circumstances change. How do you interpret his words?

Richard Sulík: They are confusing and irritate voters. First they have been listening for a long time about how he prefers to be with his family and so he will not be president anymore. For him that takes up, by my estimates, perhaps 150 hours a month. But then he says he is going into party politics. My experience is that it does not matter in what way he will enter party politics, it will always be a nonstop job. Not 150, but 300 hours.

Do you expect him to found a party?

RS: Everything is in movement now, big things keep changing from one week to another. It's better to be moderate now, let's wait until we are all wiser.

If Kiska had run for president again, SaS would have been ready to support him. So you did see him as beneficial for Slovak politics. Would it be good for Slovakia if Kiska joined party politics?

RS: In the first place, it is his decision. It depends on the form he will choose if it turns out to be a good thing. If he will lead the united Progressive Slovakia and Spolu as their clear leader , then it makes sense. Everyone who thinks it is a good idea to invite migrants here will have someone to vote for. It would be good, because this part of the political spectrum is not covered by anyone.

And if he founded his own party?

RS: He would just further break the centre right.