Why police will not find your bike 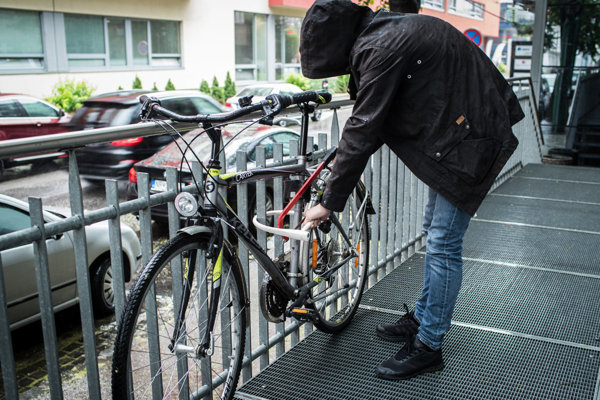 When Michal Koperdan returned from one of Bratislava’s supermarkets in mid-April, he found that his bicycle, which had been locked just a few meters in front of the entrance, was gone. The bicycle cost more than €1000 and so he decided to call the police and file a criminal complaint, but the attitude of the police officers surprised him.

“Their attitude was very lax,” Koperdan told The Slovak Spectator. “Some time after the theft the police officer from criminal department called and asked me to take a picture of the crime scene. I do not see why they didn’t do it themselves when they arrived.”

The Slovak Spectator approached several people who posted a report on the internet about someone having stolen their bicycle. They agree that the police showed little interest in their cases as if they had already given up finding their bike.

“Often, cooperation with the police is not ideal,” says Dan Kollár of THE Cycling Coalition. “The reason is that sometimes the fact that the cost of the stolen bicycle does not exceed €266, when the theft becomes a criminal act and not an offense. The police then do not have the drive to really search.”

The Presidium of the Police Corps refused to answer The Slovak Spectator’s questions, claiming that those are individual cases on which regional police officers should comment.