Completion of the new centre is estimated for 2021 at the earliest. 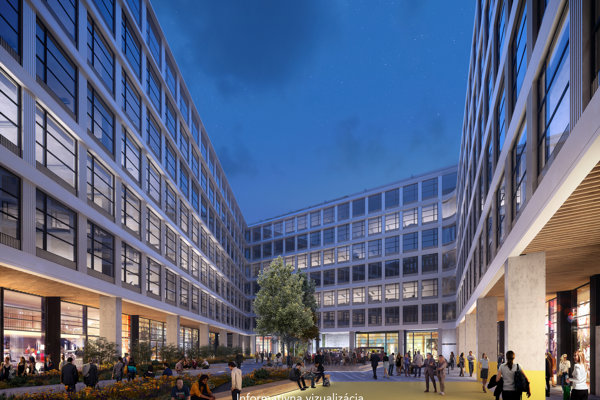 The emptied defective Apollo Business Centre 1 in Bratislava will be replaced by a brand-new construction. The developer HB Reavis estimates the launch of demolition work for the end of 2018. Construction work on the new business centre, the Nové (new) Apollo should start in late 2019 and be complete in 2021. Exact dates will depend on permission processes.

“We think of the Nové Apollo as a new project,” said Jakub Gossányi of HB Reavis Slovakia, as cited in the press release. “The aim is to bring to the Bratislava borough of Ružinov a place in which it will not only be pleasant to work but also to spend time.”

HB Reavis wants to design the eight-storey Nové Apollo as a gateway to the district of Nové Nivy, in which it is already building the new Nivy bus station. In the Nové Apollo, as well as offices, there will also be amenities for the local community and the growing companies in Bratislava.

It is cooperating in its design with the London-based Make Architects and Slovak Siebert+Talaš studios.

The Apollo Business Centrum 1 was emptied in 2015 after cracks in its walls were found. It is one of the buildings linked with structural designer Ján Tomčáni. HB Reavis initially planned to fix the building and reopen it but later opted for its replacement by a new structure.