Wanted Brtva testified in court, nobody arrested him

The man for whom a European arrest warrant has allegedly been issued testified and even gave media interviews, while walking away free afterwards. His lawyer claims they appealed and so the warrant is suspended. 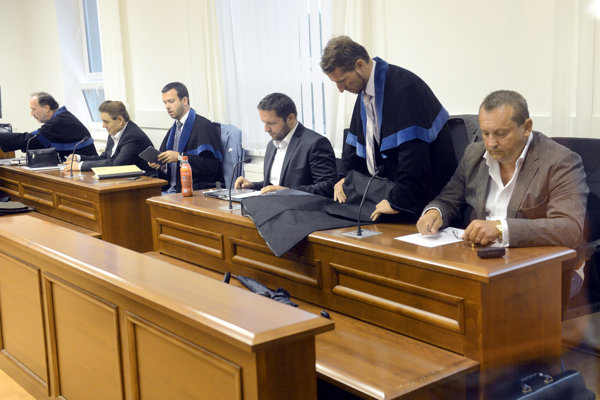 A court has issued a European arrest warrant for the convicted Dávid Brtva over the cases of BMG and Horizont – fraud in non-licensed financial companies – but despite his wanted status, Brtva came to a Trnava court to provide testimony on June 11 and no one arrested him. Brtva even gave an interview to the media and then went home, the public-service broadcaster RTVS reported in its evening news.

Brtva was sentenced to nine years in jail for siphoning off money from the non-banking companies BMG and Horizont, the TASR newswire wrote. He has served the majority of his sentence already and is asking to have the rest of the punishment shortened. So in March he submitted a request with the Specialised Criminal Court to postpone the start of the sentence. The court turned down the application in late May, however, ordering him to serve the rest of the sentence. 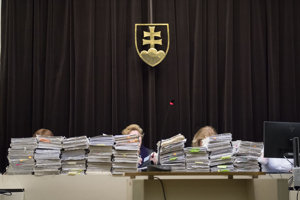 According to some sources, Brtva was seen in the Czech Republic, which is why the court issued the European arrest warrant on June 6.

“I did not hide, nor was I fugitive,” Brtva commented, as quoted by the Sme daily.

The Trnava District Court could not decide on his request, as it has not received any effective decision on the inclusion of his custody and sentences served so far. Thus, it will decide on his fate in July.

Brtva is currently free, according to Sme, and that is why he arrived to the court hearing. He denied the notion he was avoiding the sentence.

“I did not hide, nor was I fugitive; on the contrary, I communicated in written form with the police, communicated with the courts, asking whether they were after me,” Brtva commented. “The Interior Ministry answered that no, they have not been chasing after me.” 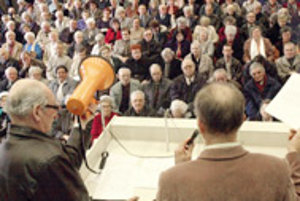 “… as my client has requested release on the parole and the postponement of sentence, these requests have to be decided on them first,” Brtva’s lawyer Miloš Maďar explained, adding that due to this fact, the Supreme Court has overturned the arrest warrant.

Brtva has fulfilled all the conditions necessary for being released on parole, Since he is currently at large, this would effectively mean he would not have to serve the rest of the 9-year sentence, Sme wrote. Brtva has so far served two-thirds of the sentence, and has a good evaluation from the prison in Hrnčiarovce nad Parnou, and a positive re-socialisation prognosis.