There are three destinations from which to choose. 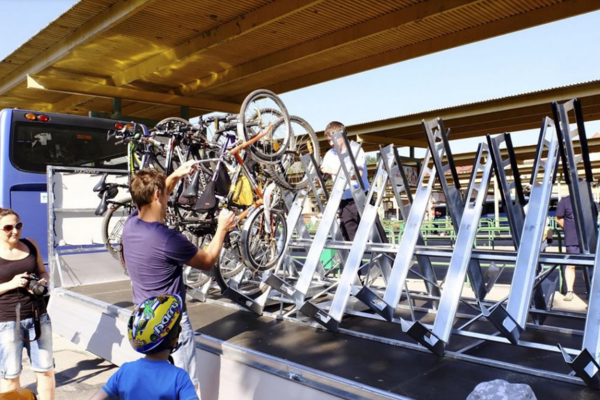 “Cycling-buses” returned to the roads in the Žilina region. They run during weekends and holidays until September 30 and during summer holidays even onFridays. Three connections transport travellers from Žilina to Terchová and Nová Bystrica, two connections to Turčianske Teplice.

“Cycling lovers will be closer to attractive bycling routes in the Žilinský region,” said head of the Žilina Region, Erika Jurinová, as quoted by the TASR newswire.

At the same time, it is possible to avoid busy roads. Even hikers may use the bus because all of them head to interesting destinations, added Jurinová.

“Cycling-buses” have been operating since 2015, when the two lines were launched – to the Bystrická route in Kysuce and to Terchová. The new line to Turiec appeared last year. Bikes are transported on a special trailer behind the vehicle.

Passenger pay the standard price of the ticket on the bus. The fee for a bike is 50 cents. It is possible to make seat reservations online at www.amsbus.sk or in the customer centres of Slovak Bus Transport in Žilina, Čadca and Martin.

Almost 1,300 passengers with bikes in addition to regular passengers were transported last year. Tourists were mostly interested in the trip to Kysuce.