Use a historic train to travel to Korytnica spa

It is possible to take bikes to the train. 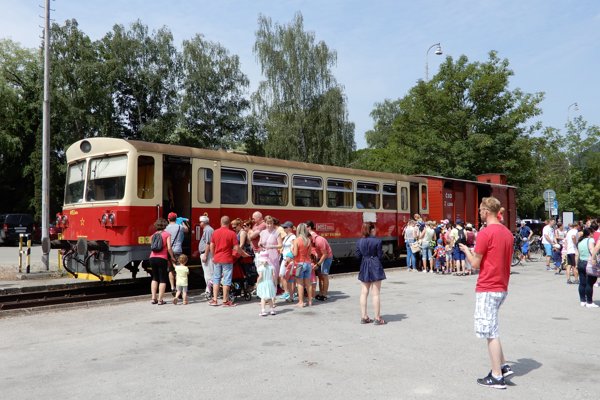 A historic train is being operated in a section of a preserved railway on the occasion of the 110th anniversary of the first ride of train from Ružomberok to Korytnica. It was the first time after dozens years of non-operation. The new line will operate regularly during weekends and holidays.

The first ride starts at 9am. It operates every hour until 4pm. However, not the whole railway is working, so rides are possible only up to Zápalkáreň at Šoltésova Street. That is also the start of the cycling route.

“The train consists of one Hurvínek carriage with a capacity of 48 seats and the second carriage is for the transport of bikes,” said Miroslav Klíma, one of the activists thanks to whom the train is running again, as quoted by the TASR newswire. 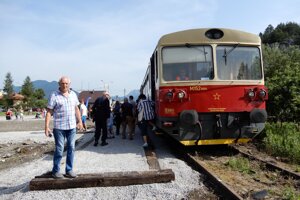 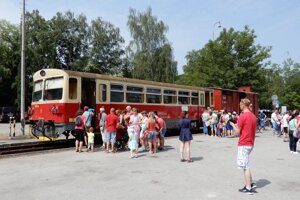 Preparation took several months. It was a pity to leave railway to its fate, according to Klíma. It is the last fragment of old Korýtko track.

“Other regions would do anything to have a railway in a town,” noted Klíma for TASR.

The line will operate regularly during the weekends and holidays from June 30 to September 2. Anyone who wants to experience a ride on a historic train should change to the Korýtko train in Ružomberok.

The construction of of the 23.6-kilometre-long narrow gauge railway from Ružomberok to Korytnica started in 1906. There was a train operating on the line two years later. Its last ride was in 1974. The train transported people from Biely Potok, Liptovská Osada, Liptovská Lúžna and Liptovské Revúce to Ružomberok to work, offices and hospitals. Train also transported visitors to world-renowned spas in Korytnica.