Construction of the longest tunnel in Slovakia gets complicated

Érsek considers delays in construction of the cross-country highway to be unacceptable. 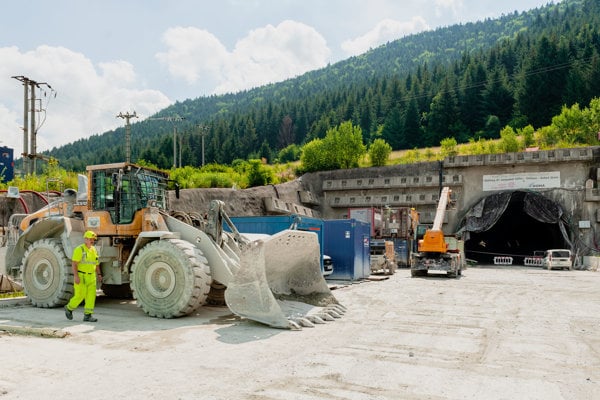 Transport and Construction Minister Árpád Érsek (Most-Híd) is dissatisfied with the pace of construction of one of the last missing stretches of the cross-country highway from Bratislava to Košice. Although construction work has intensified on the Lietavská Lúčka-Višňové-Dubná Skala section since the most recent inspection day, it is still not enough. The minister visited the construction site, which also involves building the longest tunnel in Slovakia, Višňové, on June 21.

“Although 70 percent of the construction time has already passed, only 30 percent of the work has been done,” said Érsek, as cited by the TASR newswire. “I can’t accept this. I have tasked them with boring out the Višňové tunnel by the end of the month.

Now the builders have 30 days to draft a schedule, including dates for the completion and opening of this section. 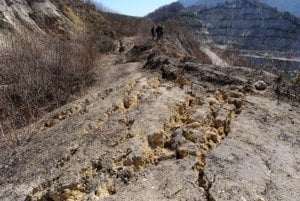 Read also: The D1 highway will be finished in 2026 at the earliest Read more

“I’ll make no more concessions regarding deadlines,” said Érsek, adding that the state and the National Highway Company (NDS) have the tools to impose sanctions.

The construction project does not lack experts, although it does lack workers and machinery, as has been confirmed by independent supervision.

NDS investment director Jiří Hájek explained that the contractor, comprising of one Italian and one Slovak company, is currently undergoing ‘divorce proceedings’ and that this worsens the situation. The deadline for construction of the stretch is the end of 2019.

“Unfortunately, we can only monitor this and act as a kind of mediator,” said Hájek. “However, it mustn’t threaten construction itself.”

He added that the complications that have occurred are partly objective (geology) and partly caused by the relationship between the contractors and the requirements of the Italian company.

“In line with the contract, the contractor must submit relevant documentation,” said Hájek. “The NDS will in no way pay anything above the framework of the contract. The Italian party is still looking for any procedures that EU and Slovak legislation don’t cover. We can’t accept the fact that this incurs extra costs. For us the price that was stipulated in the valid contract is important.” 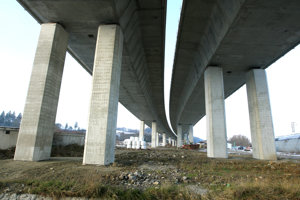 The Lietavská Lúčka-Višňové-Dubná Skala D1 section will be almost 14 kilometres long. Its construction was launched back in the summer of 2014. The cost of the construction work is projected at almost €500 million, including VAT. It also includes the 7.5-kilometre Višňové tunnel, several bridges with a total length of over 2.5 kilometres, the Lietavská Lúčka intersection and a lay-by. The contractors are the Italian company Impregilo and the Slovak firm Dúha.