How will police fines change after July 1?

After analysis and evaluation of less serious misdemeanours, the Slovak police have decided to reduce several fines for drivers. 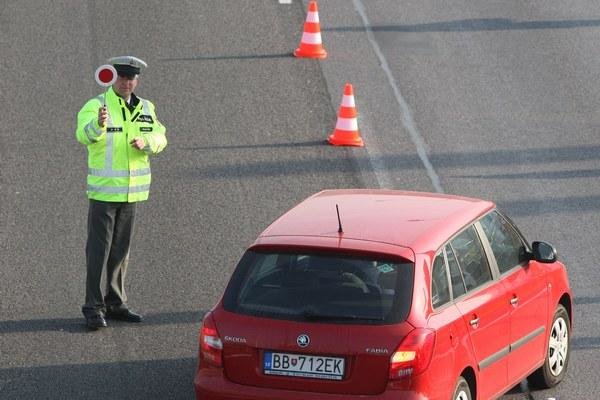 From July 1, fines for several road traffic transgressions have been lowered, after the Slovak police analysed and evaluated less serious misdemeanours. In most cases where the amount of the fine has been lowered, a minimum to maximum scale has been set, spokesperson for the Police Corps’ Presidium, Denisa Baloghová, told the TASR newswire.

“After recent experience, we have agreed to reduce the scale of fines in some cases,” Interior Minister Denisa Saková told TASR. “This means we have eased up on police strictness.”

She added that the fines have been decreased in spheres or for incidents which are not a frequent cause of road accidents, or do not cause a large number of fatalities.

“I think we can afford to do this, as we have well-disciplined drivers,” she said for the newswire, adding that the police have been strict for many years and since 2013, they have observed a declining trend both in road accidents and the number of on-the-spot fines.

Many fines are lower

The changes include, for example, driving without a valid driving license and documents (from €30 to €10-30) or drunk in charge of a non-motor vehicle (€30-50 changed to €20) as well as for insulting gestures, throwing items out of vehicles or annoying other drivers through excessive noise, dust, air pollution, spraying puddles, mud or the unnecessary starting of an engine while motionless. Other items with lower fines involve driving a motorbike without glasses or a protective shield and eating, drinking and smoking while driving a motorbike or other motor vehicle.

“The fines have been reduced because it seemed to us that they are too high compared to the average of the European-Union member states,” Saková said for TASR. "But, of course, we do not intend to ignore or tolerate the transgressions.”

She added that when something new is introduced, one always has to consider how it will develop.

“If the statistics are bad, or the behaviour of drivers and other road traffic participants worsens, we will react promptly,” the minister said, as quoted by TASR.

“In some cases, we have decided that when transgressions with an original sanction of €100 are appropriate they will be dealt with by the due administrative body,” Baloghová said, explaining that this concerns participation in a sporting event or an attempt to participate in it, despite a driving ban.

The sanctions for exceeding the maximum speed limit have not changed, however. The police can still charge drivers up to €800 for this transgression with on-the-spot fines.