Slovakia fined with €1 million for landfill

The operation of the disputed landfill in Považský Chlmec has been extended despite polluting leaks. 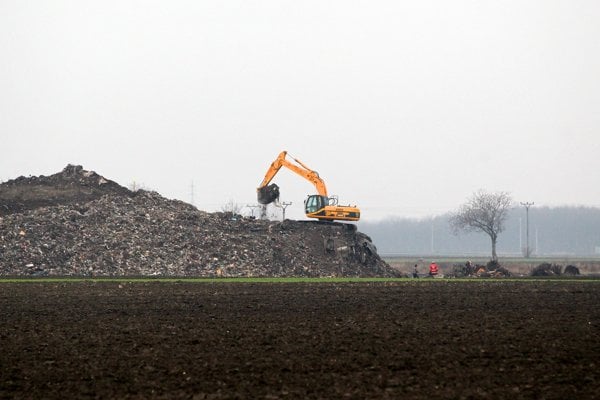 Slovakia has to pay €1 million for the landfill in Považský Chlmec (Žilina Region), plus a penalty of €5,000 per day of delay. This stems from the judgment issued by the Court of Justice of the European Union on July 4.

The court already found in April 2013 that Slovakia failed to fulfil its obligations, by authorising the operation of the landfill site without a site-conditioning plan. Moreover, in the absence of a definite decision on its continued operation on the basis of an approved site-conditioning plan, the country failed to fulfil its obligations under the directive on waste landfills.

Since Slovakia had still not taken the measures necessary to comply with the 2013 judgment, the European Commission decided in 2016 to bring a second motion against the country before the Court of Justice of the European Union for failure to fulfil the obligations, asking for financial penalties to be imposed.

What does the judgement say?

“In today’s judgment, the Court finds that Slovakia has not taken all the measures necessary for implementing the 2013 judgment in order to comply with its obligations under the directive,” reads the official press release.

On the expiry of the period prescribed by the EC in its letter of formal notice, i.e. January 2014, no definite decision on the continued operation or closure of the site in question had been adopted. 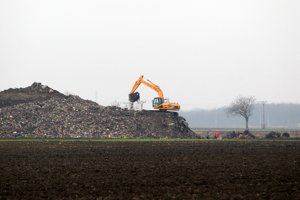 “The Court considers that, in so far as, over a period of five years, no definite decision relating to the closure of the entire landfill site in question was adopted and the site has not been closed definitively in accordance with the directive, Slovakia should be ordered to pay a penalty payment as appropriate funds for ensuring full compliance with the 2013 judgment,” the press release reads.

In addition, notwithstanding the localised nature of the infringement, the infringement by Slovakia of its obligations under the directive is capable of impacting the environment and human health.

However, the court considers that “account should be taken of the successive efforts of Slovakia to ensure compliance with the 2013 judgment, its cooperation with the EC during the prelitigation procedure and the fact that as of January 2014 operations at the site in question were discontinued”.

“In those circumstances, the Court finds it appropriate to order Slovakia to pay to the EU budget a penalty payment in the amount of €5,000 per day of delay in implementing the measures necessary to comply with the 2013 judgment, from today until full compliance with the 2013 judgment,” the press release continues.

In addition, the court finds it appropriate to order Slovakia to pay to the EU budget a lump sum of €1 million “in order to effectively prevent repetition in the future of similar infringements of EU law”.

The operation of the landfill was criticised by activists. Moreover, the Slovak Environmental Inspectorate ordered the landfill to be closed and restored two years ago, with the deadline set to the end of 2017. The order has not been fulfilled, the ČTK newswire reported.

The landfill in Považský Chlmec, owned by a private company, was opened in the 1950s. The authorities have approved its continual operation despite the fact that the leaks have contaminated underground waters. The restoration is expected to cost €900,000.

The Environment Ministry responds that the landfill's closing was prevented by continuing disputes over plots of land. However, the problem has been solved by changing the law. The respective authorities have launched a proceeding to close and restore the landfill, according to ČTK.