Michal Havran should hope he will only suffer punishment from the state and not God’s punishment, the firm says. 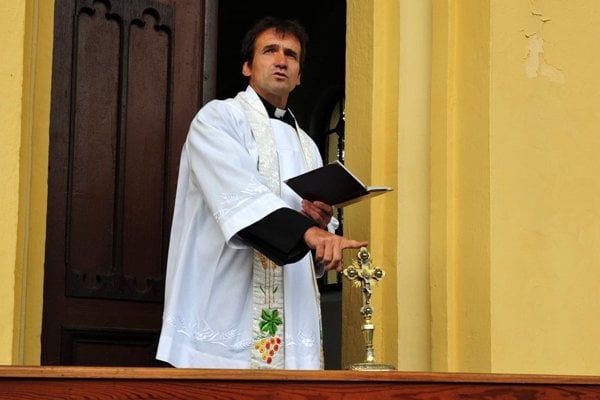 Writer Michal Havran is facing a criminal complaint for an article he wrote for the Sme daily.

Havran, a protestant theologian who also hosts a weekly late-night debate on the public-service television RTVS, voiced expressive criticism of a known Catholic priest in his article published on the Sme daily’s website on June 27. That angered the law firm owned by Jan Čarnogurský Jr, the son of a former prime minister and Catholic dissident under Communism.

The Čarnogurský ULC law firm filed a criminal complaint against Havran on July 3.

“The author stood up against the God of Christians and against Jesus Christ,” the firm’s statement from July 3 reads, and goes on to brand the article as immoral and illegal.

In the piece, entitled “Send Kuffa to the circus” Havran mocks the practices of Catholic priest Marian Kuffa, who is one of the leaders of the movement that labels the Istanbul Convention the “evil from Istanbul”.

In his article Havran uses expressive language to criticise Kuffa for his support for the far-right ĽSNS (regarding the proposed abortion law amendment), as well as his practices like bringing the statue of the Virgin Mary to parliament during the debate on that law. He also accuses Kuffa of using “the language of religious terror, like al-Baghdadi” and of idolatry.