Ján Kuciak’s colleagues said why he was dangerous for organised crime. 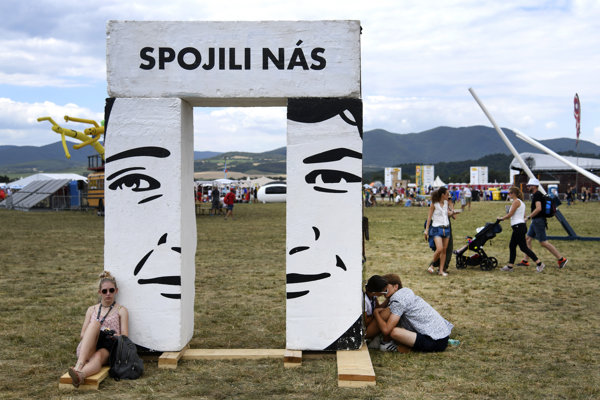 The first reference to Ján and Martina catches the eye when walking through the compound of Trenčín airport where the 22nd year of Pohoda festival took place. A piece of visual art by Martin Dzurek and Ján Vajsábel was introduced at the concert organized on day of their planned wedding.

The trilith with half of their faces as a foundation with an overhead lintel stone bearing the Slovak “Spojili nás”, meaning “they connected us,” found a temporary home at the festival. Its visitors were stopping by, taking pictures or hiding in the shade this monument offered during the hot sunny days.

That was only the first sign to indicate the specific mood of Pohoda 2018. The festival was not only a place to enjoy the concerts of popular musicians but a place for discussing current issues in Slovak society.

“I am convinced that those topics belong to the festival,” opined Michal Kaščák, co-founder and organizer of Pohoda. "Whoever wants to have just fun is having fun and for whomever wants to discuss serious social issues it is possible," he added.

The festival kicked off untraditionally – with a classical music concert played by the Slovak Chamber Orchestra. However, it was not the first time. The Orchestra opened the festival in 2010 when the musicians played for the two people who had died at Pohoda 2009 when strong wind combined with a storm caused the collapse of a tent. 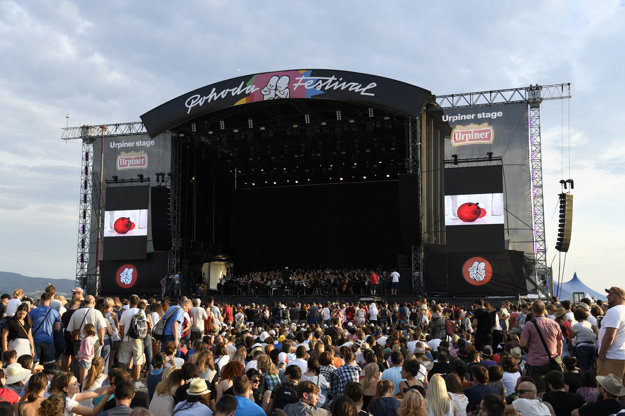 In this year's festival, Orchestra played again in honor of the deceased, this time murdered Ján Kuciak and Martina Kušnírová. The concert was accompanied by a visual presentation linked to Ján and Martina, journalism, photos from the For a Decent Slovakia protests were shown, as well as stylized pictures of former PM Robert Fico and former Interior Minister Robert Kaliňák.