The Bratislava Mayoral candidate denies being behind the banners but has not condemned the contents argues NGO. 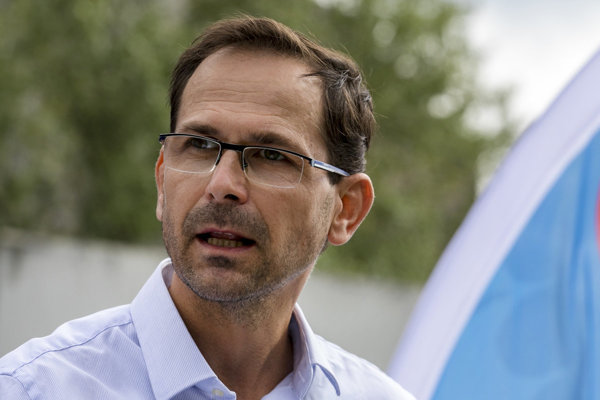 The non-governmental organisation, the Human Rights Institute (ILP) has decided to file a criminal complaint because of homophobic banners that appeared in several places in Bratislava on the morning of Friday, July 13, stating “Homosexuals Away from Bratislava – Ján Mrva, the first Catholic mayor”.

The candidate for Bratislava Mayor – the incumbent mayor of the Bratislava borough of Vajnory – whose name appeared on the banners has distanced himself from this act, viewing it as an anti-campaign targeted against him, the Sme daily wrote one day later.

“We are filing it (the criminal complaint) against an unknown offender, said the ILP’s lawyer Daniel Grejták.

"Mr. Mrva had said he did not put them in place but he did not condemn the hate content they displayed in any way,” head of the ILP, Peter Weisenbacher, noted. “He mentioned “visual smog”. Does this mean he minds visual smog more than calls to violence against LGBT people? If this is really an anti-campaign, as he claims, why is it a problem for him to say so?” He added that Mrva has publicly supported a referendum against the establishment of human rights for LGBT minorities in the past and has made homophobic statements, and thus the NGO decided to file the criminal report. 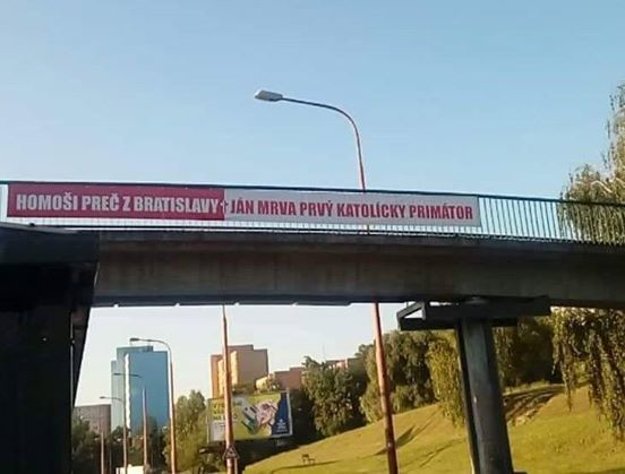 “I have respect for every person. I want to be a mayor for all Bratislava residents,” stressed Mrva on a social network, assuring people that he has already taken steps to remove these banners.

The banners appeared just a day before the Rainbow Pride, a march for LGBTI people’s rights that is due to take place in Bratislava, the TASR newswire wrote.