Most people relying on benefits for those in material need live in the south and east of Slovakia, while the fewest can be found in the capital. 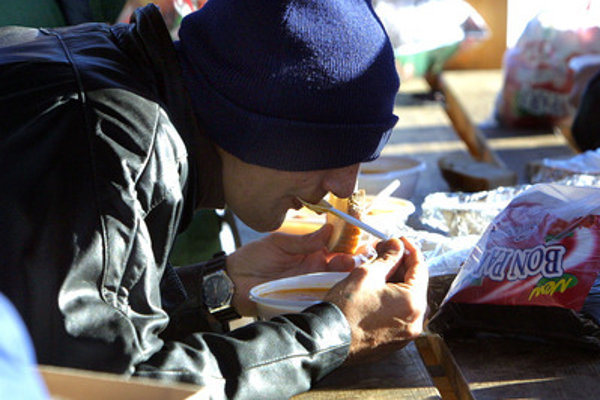 Benefits meant for those in material need were paid to 73,100 people in Slovakia this June.

Compared to the end of May, their number fell by 1,700 and year-on-year, the number of recipients of these benefits decreased by 17,000. At the end of the first half of this year, nearly 162,800 people, totalling 2.99 percent of the population of Slovakia, were dependent on benefits in material need, the SITA newswire wrote on July 23.

Thus, the share of people in material need out of the total population decreased by 0.07 percentage points from the end of May, and was down 0.66 percentage points y-o-y, the data released by the Central Office of Labour, Social Affairs, and Family suggest.

The biggest rate of material-need beneficiaries among the overall population of a certain region was detected by the end of June in the districts of Rimavská Sobota, Revúca (south of central Slovakia) and Gelnica (south-eastern Slovakia). Rimavská Sobota district had 11,300 inhabitants relying on social benefits, i.e. 13.41 percent of the overall population. In Revúca, this was 5,300 beneficiaries (13.33 percent); and in Gelnica, 11,07 percent of all inhabitants, i.e. 3,500 individuals were on the dole.

Only the district of Senec (close to the capital) managed to make it among the Bratislava districts: in Senec 0.22 percent, or 183 people were material-need benefit recipients, SITA reported.