One person killed in Bratislava fire

The fire started in an older, partially deserted building. 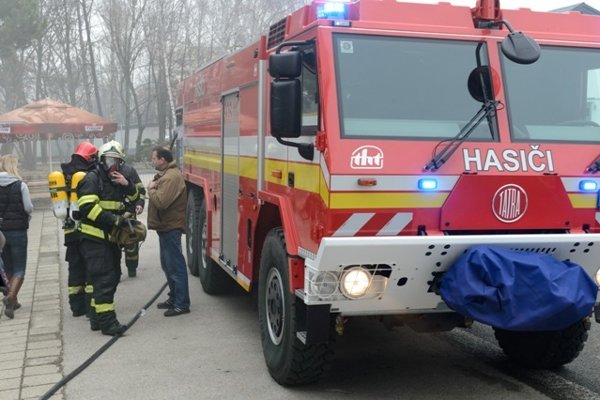 A fire in living quarters on Mierová Kolónia street in Bratislava, discovered after 7:00 on July 24, claimed one life.

23 firemen fought the fire, the Regional Headquarters of the Fire and Rescue Corps (HaZZ) informed, as quoted by the Sme daily.

“After arriving at the site, the fire brigade found out the flames spread from a room which was heavily filled with smoke into the whole older building, which was partially abandoned,” HaZZ stated.

After the fire, one person was retrieved from the construction, and later pronounced dead by a doctor. “According to rescuers, the fire was localised to prevent it from spreading further around noon,” the firemen summed up.

“Despite the efforts of rescuers, the person – a man aged 61 – could not be resuscitated and died of injuries caused by the fire,” Bratislava regional police spokesman, Michal Szeiff, reported.

According to current information, the fire was probably caused by improper handling of open fire, Sme wrote, adding that more precise causes and circumstances of the fire are being investigated by police. They have launched criminal prosecution in this case, with includes a possible charge of homicide.