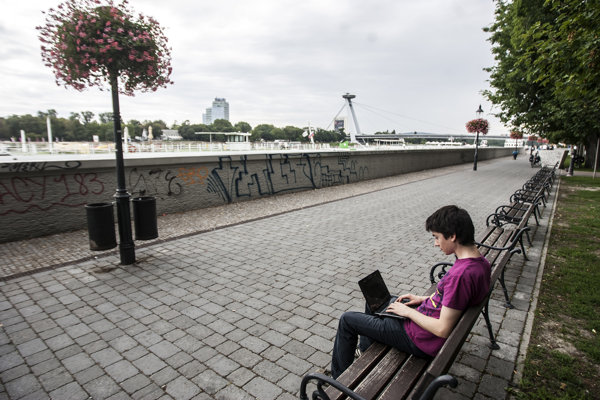 Citizens and visitors of Bratislava can continue to use free WiFi in the city centre. The service was launched in 2016 when Slovakia held the presidency in the Council of the European Union for six months. During two years of its existence, more than 170,000 people have used it.

“It was a matter time for us to provide such services for citizens and visitors of Bratislava, especially during a time when most information is in a virtual form,” said Bratislava Mayor Ivo Nesrovnal, as cited in the press release.

BTB considers providing a free, quality internet connection to be a high-standard part of the touristic and information infrastructure of the city. The importance of this service is proven by interest from foreign visitors, whose share on all connections accounts for as much as 40 percent.

“This is why we have decided that apart from access to the internet, the service will also offer smart information about Bratislava, based on the locality of its user with interconnection to the city’s destination web visitbratislava.com,” said Alžbeta Melicharová, chairwoman of the BTB’s board of directors.

People use free WiFi most often on the Main Square, Hviezdoslavovo Square and SNP Square. During peak hours, as many as 1,300 devices are being connected. They transfer an average of 170 GB data a day.