Ingrid Vajcziková, the main oenologist for one of the biggest sparkling wine producers in Slovakia, is encouraging more consumers to buy local wine. 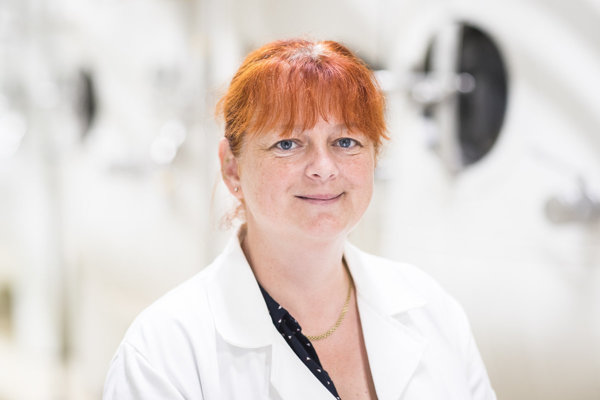 For more than ten years, Main oenologist of the Hubert J. E. company, Ingrid Vajcziková, has been deciding how the wine of the biggest Slovak sparkling wine producer will taste, in a position western-European winemakers very rarely give to women.

Sme: Sparkling wines from your company have recently succeeded in the Wine and Woman competition in Spain, where a purely female jury evaluated them. What is the representation of women in the wine world?

Ingird Vajcziková (IV): There are more and more of us. I think cooperation with women will be ever more in demand in this branch, because women as consumers have a more sensitive and complex view of wine. We are the part of the population that cooks more. Men cook very well, too, but they do not do it regularly. When you buy ingredients for meals, you think about pairing it with a glass of good wine as a reward for all the work. It is women who decide on which drinks will be served to the family on ordinary days. So women engage in wine production not just as experts, oenologists, and evaluators, but as consumers as well. When men cook and pick wine to go with the meal, they do it in a different way: they go to a wine shop and look for something special.

Sme: Do women perceive wine differently than men? Are our tastes different?

IV: Definitely. For us women, the first impression is very important – the fragrance, appearance, and colour must impress us, and only then do we taste. For men, if they are not enchanted by fragrance, they focus on flavour. Women are much more detail-orientated and look at the problem in a more complex way. We prefer more fragrant, lighter wines, while men like fuller-body, overripe wines.

Sme: Is this different perception considered when juries evaluating wines in competitions are put together with the goal of maximum impartiality?

IV: No, not really. In juries, men are still represented dominantly, but women have already started to be engaged as well. The jury is rarely female-only. But it is true that if there are special female tastings, they tend to be stricter. Us women are much stricter when evaluating wines.

Sme: In which professions are women present in the wine-making world?

We stir the tastes. We impact the tastes and scents of consumers. If I don’t like something, it will not go on the market, and vice versa.

IV: In wine-making companies, women work mostly in laboratories, at the checks. In our company, however, we also have, for example, 50 percent men and 50 percent women in the cellar. In western Europe, men prevail in wine-making. In the eastern part, there are more women. For example, in Bulgaria, it is common that an oenologist or production head is a woman. In Germany or France, hardly anyone can imagine this. 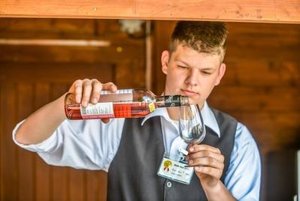 Sme: You are one of the examples, as you work as the main oenologist for the biggest company producing sparkling wine in Slovakia. How did you get this job?