Sagan: Happy to have survived this year's TdF

This year’s Tour was a combination of contrasts for the current world champion. 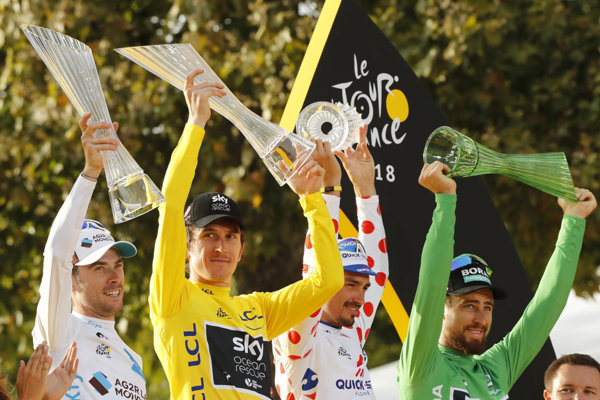 It wasn't always like this in cycling but through the years, roles have started to be defined in the peloton.

The very basic division is between cyclists who must win and those who help them.

For a long time, Geraint Thomas was among the latter, even though he is not a domestique. However, the hierarchy in the Sky team is strictly set, and he has never even tried to move up in position. He always did what he was told.

Froome: The strongest one won

He has always been a team player, and instead of considering his own success, he works for the success of others. Now, the racer from Wales, aged 32, is the Tour de France winner. He got the yellow jersey with a lead of 1:51 minutes, ahead of Dutchman Tom Dumoulin. 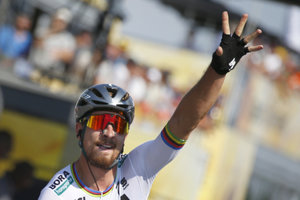 Thomas thanked all his teammates, giving special respect to Chris Froome, who remains the great champion in the eyes of the Welsh racer, despite his first victory.

“I got into cycling because of this race,” Thomas noted in his speech under Arch of Triumph in Paris, after the victory. “I remember running home from school to watch the Tour de France. The dream was always just to be a part of it and that came true 12 years ago, back in 2007. Now I’m here, standing in the yellow jersey. It’s insane, it’s incredible, it’s a dream come true.” He added that the reason why he won was he was in good form and he believed in himself.

Chris Froome was the overwhelming favourite to win a record-equalling fifth Tour, head of the Sky team, Dave Brailsford, told the BBC, “but Thomas went into the race as Team Sky’s other 'protected rider'.” In other words, Thomas has been “a plan B” at Tour de France for Sky since the very beginning, in December 2017, according to Brailsford,and not just as a last-minute change in France when it turned out that Froome was not in as good of a form as he was during previous triumphs.

The strongest racers won the Tour, Chris Froome commented for velonews, adding it was already clear in the Alps that Geraint (Thomas) was better off than him. This was the first time since 2012 he failed to arrive in Paris as a winner.

Thomas would help Froome in yellow, too

But despite not being able to keep up with Thomas in stages, Froome did not give up on his attempts to win his fifth Tour victory.

Everything is possible in cycling, Froome pointed out, adding that thousands of things can happen in the race – this is part of the trade. But the original favourite also noted he was proud of Geraint and standing on the same platform with him is the best thing that could have possibly happened.