They are focusing on transactions within the company owned by Antonino Vadala for some time. 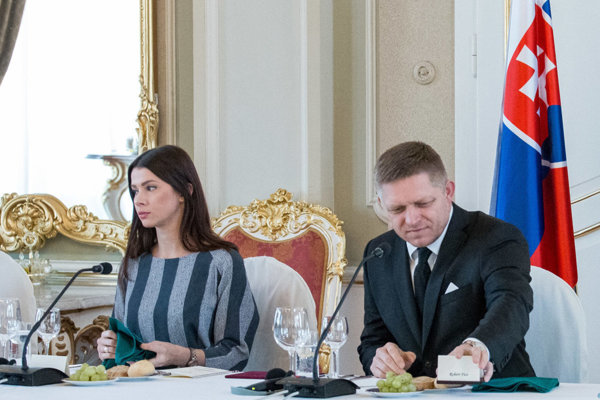 The police are checking into Mária Trošková, former assistant of ex-prime minister, Robert Fico. They are focusing on movements on the account of the company AV-Real, which Antonino Vadala owned some time ago, the Sme daily wrote.

In the meantime, the company went bankrupt and is now owned by Antonino Vadala’s brother Sebastiano and cousin Pietro Catroppa. The company held its account in the then-Sberbank between 2011 and 2014, according to Sme and the Trend weekly.

Antonino Vadala and Mária Trošková had access to the given account, the police wrote in one of its internal documents. Based on notes on these documents, the checked transactions from 2011 are linked with transfers of real estate. At that time, Trošková already had access to the company’s account.

Murdered journalist Ján Kuciak in his last, unfinished article mentioned the AV-Real company and its efforts to obtain an unjustified VAT refund from the state.

The police have not revealed whether Trošková has already provided testimony.

“Because of the ongoing check, it is not possible to provide any more information on this matter,” said Martin Wäldl, as cited by Sme.

Trošková left the Government’s Office after the murders of Ján Kuciak and his fianceé, Martina Kušnírová, in late February.

Kuciak, in his last article, wrote about her connection to the Italian businessman Antonino Vadala, who had links to Italian Mafia.

A few days ago, the Plus Sedem Dní weekly showed photos of Fico’s body guards helping Trošková move into a new flat in Bratislava’s borough of Petržalka.

The Interior Ministry, under which the bodyguards belong to, explained that the body guards went to the Government’s Office to pick Fico’s personal belongings, which remained at the Government’s Office after his departure from his post. Simultaneously, they also took Trošková’s belongings that remained there. They delivered her belongings as they were returning to their unit, close to where Trošková's new apartment is located.