Austria is going to test higher speeds on highways; Slovakia is not considering this

This is a test project so far. 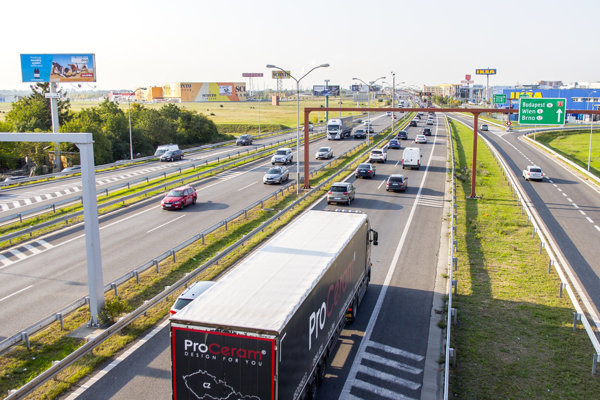 After Germany and Poland, drivers will be able to step on the gas in one more country. Austria will join the club: from the August, it will increase the maximum speed on two highway sections from the original 130 kilometres an hour to 140 kilometres.

The Austrian Transport Ministry has decided on this step not only due to safer and faster highways in the country, but due to newer cars. So far, this is just a trial effective for one year.

The Slovak Transport Ministry does not plan to be inspired by its Austrian counterpart. The state considered this in the past, however.

“There are sections where a 160-kilometre-an-hour speed would be acceptable,” former Interior Minister Robert Kaliňák of Smer said back in 2007. He did not specify what sections he meant.

Unlike in the past, the Interior Ministry is not commenting on the issue of increasing the maximum speed on highways, and refers to the Transport Ministry as the responsible body. The latter claims, however, that we cannot increase the speed, as sections in the country are designed for just up to 130 kilometres/hour.

“In many sections, the existing highway route leads through rugged ground, and increasing the speed would require a total re-building,” said Transport Ministry spokesperson, Karolína Ducká.

If the state wanted to level up the speed to 160 kilometres an hour for example, it would have to, according to the ministry, extend the exit and entry lanes, adapt bridges or change the very angle of the roadway. This may cost dozens of millions of euros.

The study failed to convince

This is the result stemming from a study the ministry ordered a few years ago. The ministry evaluated the impact of increasing the speed on the D1 highway sections between Vrtižer and Bytča in the Považie (Váh river) area, and between Lúka – Rakoľuby near the town of Nové Mesto nad Váhom.

- Austrians will test a higher speed limit between the municipalities of Melk and Oed, and Haid and Sattledt;

- drivers can drive 140 km/h in Poland, and on new highways in Bulgaria;

- in Germany, the speed is not limited; in most countries, the limit is 130 kms an hour;

“If we talk about increasing the maximum allowed driving speed, for example, to 140 kilometres an hour, it is not a dramatic increase and it is possible in most sections of the D1 and D2 highways in Slovakia,” opines Martin Bakoš of the designer firm Amberg Engineerig Slovakia.