SNS has started another dispute in coalition

The junior coalition party, SNS, showed resentment over the committee's decision to condemn legitimisation of the Crimean annexation through visits by Slovak officials. 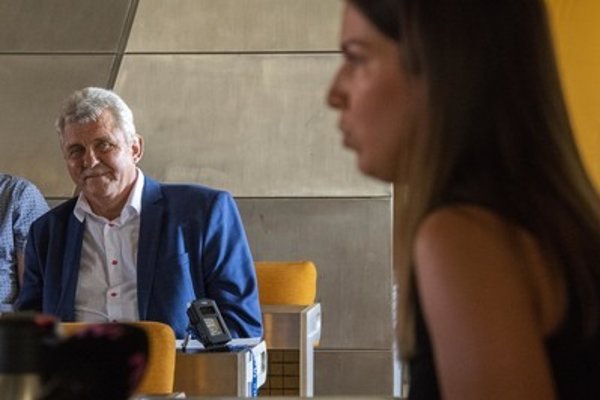 The parliamentary foreign affairs committee wrote a report on August 8, in which it rejects attempts to legitimise the annexation and occupation of the Crimean peninsula through visits carried out by Slovak constitutional officials. MPs in the committee did so after non-affiliated MP Peter Marček visited Crimea recently, together with former head of intelligence service (SIS) Igor Cibula and Slovak businessmen. MPs for the Slovak National Party (SNS) and Smer said they did not attend the meeting.

The bone of contention

“The parliamentary foreign affairs committee, in accordance with the joint position of EU and NATO member states, does not recognise the results of the illegal referendum in Crimea in March 2014,” the committee’s statement reads, as quoted by the TASR newswire. “The annexation of the peninsula by the Russian Federation violated the basic principles of international law and undermined the sovereignty and territorial integrity of Ukraine,” it adds.

Marček also attended the committee session in person, stating “Crimea historically belonged, belongs and will belong to Russia”, and that other MPs who wanted to take part in the private visit to Crimea were scared off by the media bubble that was created around the visit. He noted that committee chairperson Katarína Cséfalvayová (junior coalition member, Most-Híd) and the author of the proposal Martin Klus (opposition Freedom and Solidarity/SaS) are “agents of Soros” and left the meeting after Klus started disproving the claim Crimea always belonged to Russia, with the words “I won’t listen to this”, as quoted by the Sme daily. 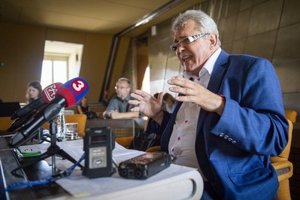 Almost all lawmakers present signed the statement, with only one MP abstaining. SNS and Smer members excused themselves from participating, however.

After the meeting, SNS said it demanded an instant personnel change at the helm of the foreign affairs committee, as the committee’s Wednesday, August 8 session was convened without prior consultation with the coalition partners.

“The proposal to take the parliamentary foreign committee's stance, which refuses the legitimisation of the occupation and annexation of Crimea by the visit of Slovak constitutional officials” was allegedly not made after an agreement with coalition partners, and the due meeting was summoned without this agreement, while also exceeding the framework of factual authority of the committee, SNS opined, as quoted by Sme.

This constitutes a breach of the coalition agreement, according to SNS.

By convening the committee and pushing the resolution on the annexation of Crimea, Cséfalvayová egregiously violated the rules of cooperation at which the coalition partners arrived in writing, maintains SNS. Therefore, the party finds the activities of the committee chair incompatible with her further tenure in the post.

SNS added that it supports joint stances of the Slovak government against the violators of the international system. “Official responses by state institutions to various events must always be coordinated under the terms of the coalition agreement,” said a party official, as quoted by TASR.

Representatives of the ruling coalition should refrain from moves that cause tension among the partners, the senior coalition party Smer wrote in response to the accusations.

“At a time when the governing coalition is facing another harsh attack by the opposition, the president and the media, its leaders should avoid any action that creates tension among the coalition partners,” Smer spokesman Ján Mažgút told TASR.

Most-Híd chairman Béla Bugár rejects criticism leveled by SNS. “There couldn’t have been any breach of the coalition agreement, as the agreement stipulates that a violation takes place when a coalition partner, via its lawmakers, doesn’t agree with a motion and the other coalition partner green-lights the motion with the aid of the opposition regardless," he said, as quoted by the newswire. He added that since not a single coalition lawmaker (beside those of Most Híd) attended the meeting, there was no breach since no one objected to the resolution.”

Bugar also stated that he would not attempt to address the situation, as the wording of the coalition agreement is unequivocal on this matter – SNS should have spoken its mind earlier. Most-Hid spokesperson Klára Debnár added that the resolution passed by the foreign affairs committee is “rooted in official Slovak foreign affairs policy as well as the Government Manifesto, which was supported by the votes of all coalition lawmakers”.

Debnár also said, in the name of Most-Híd, that the due meeting was announced in advance, and the coalition members had the text of the statement at their disposal for a whole week. “None of them expressed – be it in advance or at the committee meeting – a problem with its contents, and thus, it cannot breach the coalition agreement,” she argued, as cited by Sme.

“If Most-Híd doesn’t like this governing coalition, it shouldn’t send us messages via the media, but should act as politically as it feels,” responded SNS chairman and Speaker of Parliament Andrej Danko, as cited by TASR.

Cséfalvayová, on her part, said she sees no reason to tender her resignation, while conceding that SNS demanding she do so caught her off guard, TASR learnt. “With my stances, I’ve always supported and translated into practice the official pro-European and pro-Euro-Atlantic orientation of Slovak foreign policy anchored in the Government Manifesto. The committee session on Wednesday was also convened with an eye towards affirming and supporting the foreign policy of this Cabinet,” she stated, according to the newswire.

She also added that she does not intend to give space to politicians who cast doubt on efforts to observe official Slovak foreign policy priorities and values.