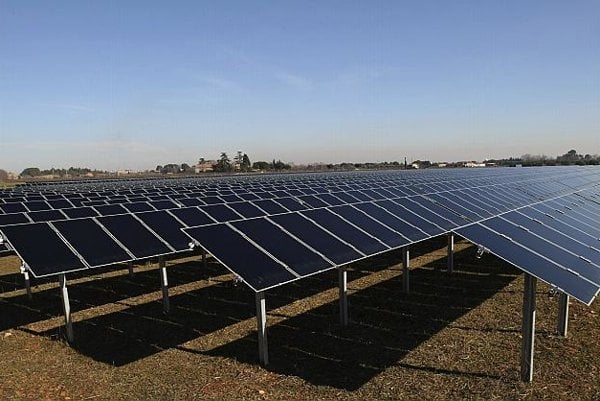 In Slovakia, green electricity is supported by a scheme of feed-in tariffs, which however, has resulted in higher electrical prices for end consumers. Now the government is going to modernise the support scheme and emphasise market principles more. But, some proposed changes have raised criticism of green electricity producers, claiming that the change would instead mean support for electricity distribution companies than producers of electricity from renewable energy sources.

The revision to the law on the support of renewable energy sources (RES) and the highly effective combined production of electricity and heat prepared by the Economy Ministry introduces a so-called local source, compensation for energy-intensive companies as well as a green energy auction scheme.

“Producers generating electricity from supported sources will be more exposed to market forces, what is also in line with the EU plans and the Energy Union,” said Economy Minister Peter Žiga. “We took stock in the support scheme for electricity production from renewable energy sources and now we are going to set it anew.”

Auction as well as support of energy-intensive companies

The revision will change the support for producers of electricity from RES. While existing producers will keep the so-far granted feed-in tariffs, new producers with an installed capacity of more than 500 kW will sell produced electricity to the state via auctions.

“The state will choose the producer it will support,” explains the ministry. “The final price will be the result of a tender.”

The revision further introduces compensations for energy-intensive companies in order to make Slovak industry more competitive. This way final energy prices will be lower for these companies. The ministry estimates that annual aggregate compensations of €80 million should be paid out to about 200 companies.

The revision also introduces a new institute of local source. The idea is that the local source generates electricity in the place where it is also consumed. In practice, this means the producer generates electricity for the coverage of its own consumption while trying to utilise as much electricity produced at the source as possible. Such a producer with an installed capacity up to 500 kW will be not obliged to be connected to the grid and pay the tariff for operation of the system.

The Slovak Association of the Photovoltaic Industry (SAPI) sees the introduction of the local source and green electricity auctions as the only two positive things of the revision. It especially criticises the ministry’s plan to make payment of the controversial G-component obligatory for electricity producers in Slovakia. This is a payment, which electricity producers connected to the grid and the distribution network and supply electricity pay for reserved capacity.

SAPI points out that electricity producers from abroad as well as traders with electricity are not obliged to pay the G-component. This makes electricity generated by local producers more expensive and thus less competitive.

As Slovakia is not self-sufficient in electricity production, it needs to import almost 10 percent of the total consumption annually. In SAPI’s opinion, distribution companies are importing electricity from abroad and thus benefiting from the fact that they do not pay the G-tariff.

The Regulatory Office for Network Industries (ÚRSO) introduced the G-component or G-tariff in 2013. It is collected by regional distribution companies.

A group of parliament members challenged the tariff with the Constitutional Court. It ruled over the matter in 2016. The verdict arrived in several layers. While the court has not found the new tariff as unconstitutional in general, it objected to the way in which ÚRSO introduced it. Another aspect of the verdict was that those who do not have signed contracts about access to the distribution network with distributors are not obliged to pay the tariff.

In the meantime, distribution companies argue that it is ÚRSO that has obliged them to collect the controversial tariff from electricity producers and that they do have no other possibility but to collect it. They have indicated that if they lose the lawsuits, they will sue the state.

The draft revision has already gone through an inter-departmental review. The Economy Ministry received more than 600 comments from the expert as well as lay public. The ministry accepted completely or partly more than 280. The ministry plans to consult the revision also with the European Commission. If the cabinet approves the revision, the parliament will deal with it in the autumn.