Rysy: a peak full of hikers in the High Tatras.

The peak is visited from both the Polish and Slovak sides. 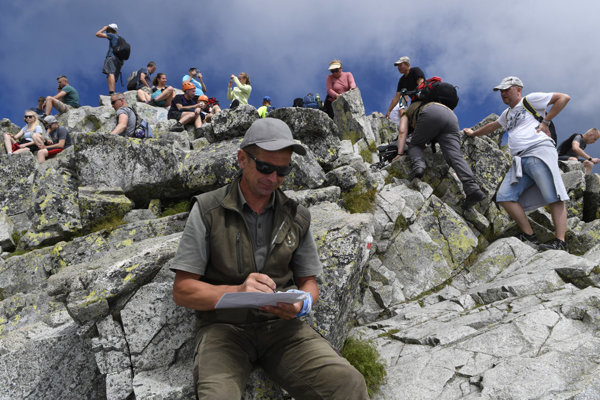 The highest mountain peak that is accessible without a mountain guide in the High Tatras is called Rysy (2,499 metres above sea level) and lays on the border between Slovakia and Poland.

Recently, the State Forest of Tatra National Park decided to count tourists hiking on Tuesday, August 7th. Among the two surveyed peaks in the Tatras, Rysy was the most visited peak as 1,156 hikers climbed it that day.

Kriváň was the second most popular; 452 hikers decided to conquer it that day.

The most visited locality overall was Popradské pleso, where 4,746 people decided to go. Overall, 24,061 tourists were recorded that day.

The most numerous groups were Slovaks, Czechs and Poles as usual, however, there were also tourists from Hungary, Germany, Great Britain, France, Ireland, Netherlands, Israel, Romania and Australia and Korea. 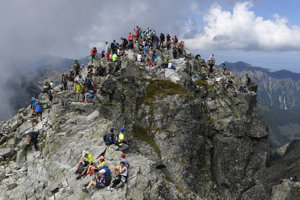 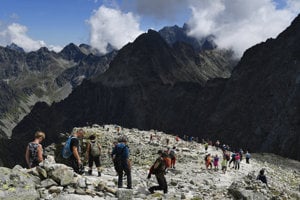 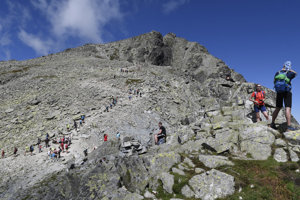