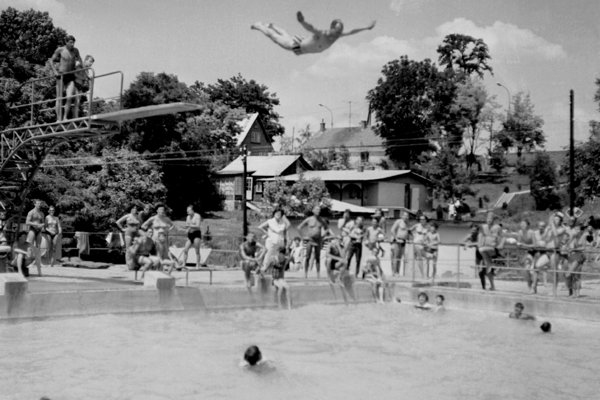 Alexander Dubček has just jumped of the diving board in Santovka, July 1968. (Source: TASR)
Font size:A-|A+38