Poll: Case of Vietnamese national has not pushed Smer under 20 percent yet

The August poll of the Focus polling agency showed that the ruling Smer party would still win, despite the highly publicised case of Slovak cabinet’s involvement in the abduction of a Vietnamese man by a delegation. 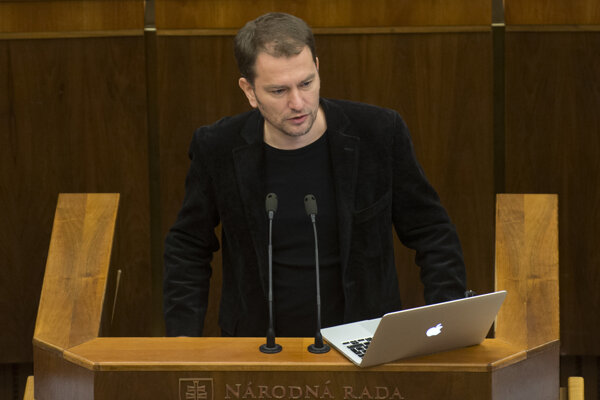 Had a general election been held at the beginning of August, the ruling party of Smer would have placed first, on 20.7 percent of votes and 37 parliamentary seats, according to the Focus agency’s recent poll. It was followed by the opposition SaS party, with 12.2 percent (22 seats) and the massively improving far-right ĽSNS with 10.1 percent of votes and 18 MPs’ mandates, the TASR newswire wrote on August 10.

Another big riser is the opposition Sme Rodina – Boris Kollár party, with 10 percent of votes (18 chairs); and the non-parliamentary KDH with 7.1 percent and 13 seats is improving as well.

On the other hand, the junior coalition SNS party with 9.4 percent (17 seats) is declining. The biggest loser is the opposition OĽaNO party (8.7 percent, 15 chairs) which is 1.3 percent worse off than in June.

The only coalition party not losing votes is Most-Híd (5.7 percent, 10 mandates). Parties not exceeding the five-percent threshold are (the newcomer) Progresívne Slovensko on 4.2 percent, ethnic-Hungarian SMK on 4.1 percent, and another newcomer, Spolu, at 3.3 percent.

The public survey also found out that 13.6 percent of people would not have voted, and 17.9 percent did not respond. The poll was conducted between August 2 and 9, and was based on responses from 1,007 participants.

The Smer, however winning, has worsened by 1 percent against the June poll, the Sme daily commented on the results, adding that some current opposition parties have beaten the junior coalition party, SNS. Thus, the current coalition would have only 64 seats in parliament, Sme wrote.

Only eight parties would have made it to the parliament, according to the August Focus poll since some of the newcomers and currently non-parliamentary parties would not have exceeded the five-percent threshold and would have remained outside parliament as well.