Our emigrants’ stories: lessons in humanity

Slovaks who fled the 1968 occupation tell us what it means to be a refugee. 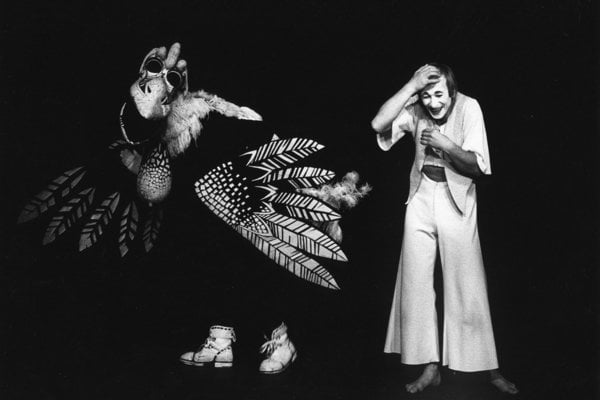 Pictures from The Gift pantomime show. Milan Sladek wrote it in the Swedish Goteborg in 1969 as a metaphor of Czechoslovakia's cohabitation with the Soviet Union. (Source: Courtesy of Milan Sladek )
Font size:A-|A+  Comments disabled

Stories of those who fled the occupation:
- Dušan Tóth: When the plane landed in New York, we picked up everything we owned: two suitcases and a hundred dollars.
- Irena Brežná: Emigration was the decision of my parents
- Val Strazovec: They allowed us to poke out our heads, to chop them off later.- - Dušan Daučík: Designer who printed anti-occupation posters found home in Sweden
- Milan Sládek: I had never thought of emigration before, says the world-famous pantomimist
- Yuri Dojc: I did not want to live under occupation
- Peter Gero: Being an immigrant to Germany boosted my career

It’s a hot summer night, unlike that of August 20, 1968, when temperatures in some places around the country hit record lows for that time of year. The tomato plants in my vegetable garden are bending under the weight of this year’s harvest. The young apricot tree will hopefully bear its first fruits next summer.

How would it feel to pack my suitcases tonight and leave all this tomorrow morning, never to return?

The idea is as unbearable as it is inconceivable.

And yet it keeps coming back to me as I process the stories we have collected over the past few weeks as we prepared our special issue of The Slovak Spectator marking the anniversary of the 1968 Warsaw Pact invasion of Czechoslovakia. They are the stories of the people who fled this country 50 years ago.

That inconceivable idea is a very real and indelible part of the life story of most of the people we spoke to.