Laboratory tests will show if one of the skeletons belongs to a royal baby. 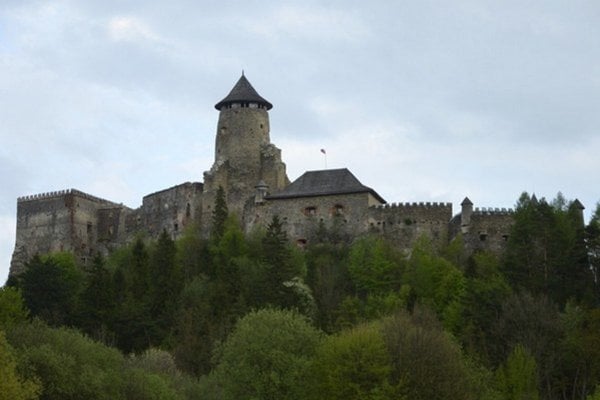 Ongoing archaeological research at the only courtyard of Stará Ľubovňa castle inaccessible to visitors has revealed interesting discoveries.

“We found three children’s skeletons laid at a depth of one and a half metres,” stated director of the Lubovnianske museum, Dalibor Mikulík, as quoted by the TASR newswire.

The children’s remains were exhumed and sent to laboratories to undergo further research. The aim is to find out how old the children were.

“I am personally interested in the era that they were buried in and if there was a children's cemetery, if they died of an epidemic and so on,” Mikulík noted, as quoted by TASR.

He is also curious to see what continuing research of courtyard will bring. Mikulík added that in the castle in front of the chaplet there is also a cemetery where the Raisz family is buried.

The latest discovery caught the attention of archaeologists because of the position in which the children were buried. One, probably premature , was buried near the castle wall. This has had symbolic meaning in the past – children were buried under a gutter as a symbolic christening. It is the first time they have found separate child graves.

The Director noted that it is possible that the skeletons belong to offspring of some of six royal families that visited the castle. One of the castle owners, princess Caroline was from the famous Bourbon family and her first son, Gaspar, died immediately after was born.

“He allegedly should be buried somewhere in the castle. If it is true, the archaeological and anthropological research will show it,” Mikulík said for TASR.

He added that if the laboratory tests prove that the children have “blue blood” it would be a great discovery.